A different kind of Christmas for Longville Park residents 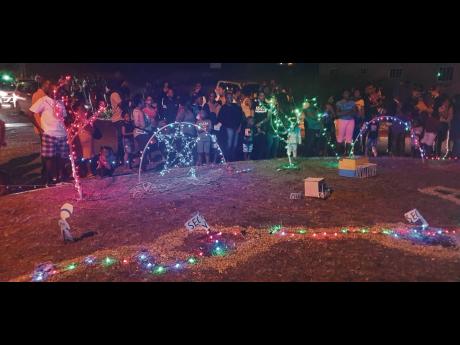 One of the decorated roundabouts in Longville Park, Clarendon, last Christmas. 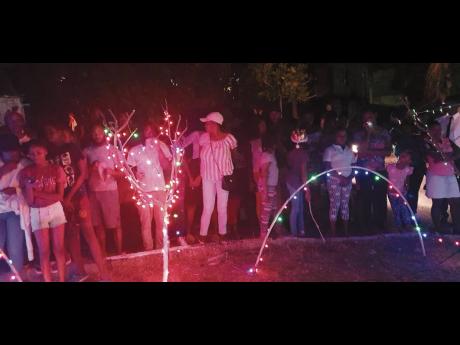 For the past 21 years, Longville Park residents were accustomed to a large fanfare during the Christmas. The celebration evolved from a Christmas pageant in Phase One in 1999 when there were only three roundabouts.

As the Clarendon housing scheme expanded, starting from the first roundabout to the eighth, every Christmas residents took over the streets, dancing and making stops at each roundabout as guest judges examined the creative work done by members of each sector. Later there was a mass gathering at the community centre as members from each sector waited with bated breath to hear the results on the best design. The evening would climax with a grand talent show.

This year, for the first time since the tradition began, there was no big fanfare. And, in the nick of time, the lighting of the trees at the roundabouts was rescued.

On Wednesday, the trees were lit up, which followed a virtual exhibition.

Member of Parliament for the area, Pearnel Charles Jr, shared with The Sunday Gleaner that he and the Longville Park Community Development Committee had to find a way to bring some cheer to the community and, besides, how could he let the former MP, Rudyard Spencer, down as that community was ‘special’ to him. Charles said Spencer had been on the campaign trail from day one, fighting with the residents as they faced the challenge of not being able to get home when it rains. It was during that time that he really got close to them.

Vice-president of the Longville Park Community Development Committee, Oniel Hamilton, expressing satisfaction at the lighting up of the trees, said while it did not erase the longing for the usual excitement, it gave the residents a sense of normality.

He said many in the community experienced cut in salaries, job losses and some were facing a lot of challenges. The lighted trees brought cheer, and he was hoping it would lift the battered spirits of some who were just weary emotionally.

Hamilton reflected that they were really looking forward to turning things up a notch this year following the successful staging last year where they partnered with the Social Development Commission in having a business fair in the day and the competition in the night. But COVID-19 put a damper on all that.

It was a far cry from the live excitement, but for one grateful parent, Suzette Johnson, lighting the trees helped to rekindle the children’s spirits in this pandemic.

“The children will be able to take their Christmas pictures while reflecting on the true meaning of Christmas,” she shared.