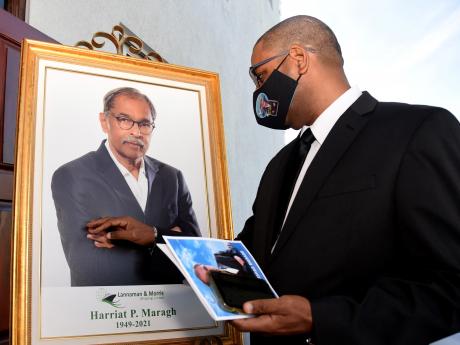 Shipping giant Harriat ‘Harry’ Maragh was this morning hailed for his contribution to the industry and for being dedicated to the development of his country.

His funeral was held at the Roman’s Funeral Home in St Andrew with just under a dozen in attendance in adherence to the Government’s COVID-19 protocols.

His casket was opened for a brief moment to allow those in attendance to view his remains.

Several did so and placed red roses in the casket.

Maragh was described as a soft-spoken man who punched well above his weight in the industry.

He is credited with transforming Lannaman & Morris into a leading cruise agent.

At the time of his passing, Maragh was chairman of the Kingston Port Workers Superannuation Fund, a post he held since 2003.

He was also a director of Express Catering and Margaritaville Turks & Caicos.