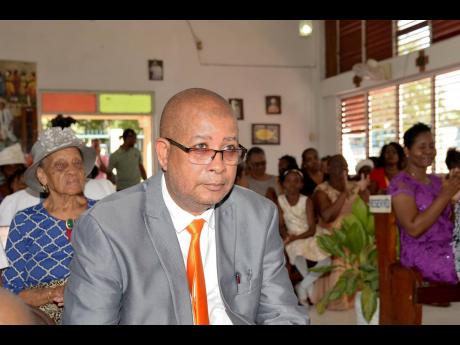 The continuing dispute over the proposed Dovecot Memorial Park and Crematorium’s expansion plan has hit another snag, and its operators are now threatening to sue the St Catherine Municipal Corporation after its latest intervention to block the expansion.

Last June, the expansion of the burial site was halted following the intervention of Member of Parliament for the area and Minister of Health and Wellness Dr Christopher Tufton, who ordered a review of the permit that was issued by the National Environmental Planning Agency (NEPA).

Multiple breaches were unearthed by NEPA in the permit, prompting a stop order to be issued for the expansion to cease until the breaches were addressed.

Recently the municipal corporation, however, indicated that allegations had surfaced that Dovecot was preparing the site for burials. As a result, Chairman Norman Scott requested that an investigation be carried out by officers from the corporation to ascertain if burials had in fact started on the new site, without the corporation’s permission.

The operators of Dovecot were said to be furious about the municipal corporation’s intervention, and through their lawyers, wrote to the municipal body threatening to take legal actions for any continued move to obstruct the expansion efforts.

Scott said he will not relent under the threat of lawsuits to defend the rights of the citizens.

“We will not relent and no lawsuit will stop us from doing the right thing on behalf of the citizens. We have the people on our side and we are prepared to fight any lawsuit that Dovecot will come with,” Scott said.

“I was expecting that coming out of the meeting with Minister Tufton, the citizens in the area and NEPA last year, that everyone would be called back to discuss the results of the review of the permit that was issued for the expansion, but this has not been done,” Scott said.

He added that the corporation had written to NEPA to find out if they had reneged on the agreement reached at the stakeholders’ meeting, and now awaits a response before further actions are taken.

In the long-standing dispute between the residents and the operators of Dovecot, the residents continue to assert that the proposed 72-acre expansion on lands where the underground water sources from which they get their domestic water supply exist, could likely be polluted from chemicals used in the preservation of bodies.

HOMEOWNERS AT A DISADVANTAGE

In addition to other factors such as noise and dust nuisance, as well as traffic congestion on funeral days that make it almost impossible for residents to get to their homes, homeowners in major housing developments in the area are also concerned about the devaluation of their properties as a result of the expansion.

The permit issued to Dovecot, among other clauses, required that operators establish wells in the vicinity of the underground aquifers to conduct periodic testing of the underground water supply to ensure its safety. They were also required to control the dust problem by planting grass on the surface, as well as improvements to the general aesthetics.

“It cannot be that Dovecot was asked to put the expansion on hold and they have now gone ahead without satisfying the requirements,” Scott said, adding that the municipal corporation was ready to defend the rights of the residents.