JPS shocked by OUR statement on guaranteed standards breaches 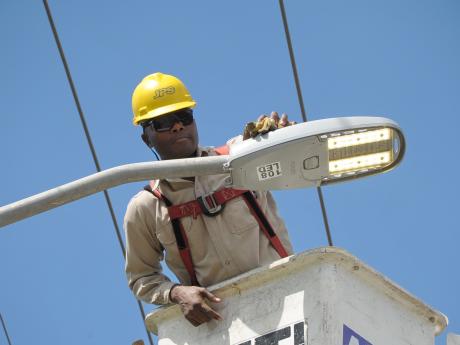 The JPS said while it took the necessary measures to provide service to its customers at the guaranteed service levels, it was constrained by the pandemic.

The Jamaica Public Service Company (JPS) says it is shocked and disappointed by the pronouncement of the Office of Utilities Regulation (OUR) that the power company owes several customers millions of dollars for breaches of the guaranteed standards of service.

On Tuesday, the JPS reported that some JPS customers were owed $75.2 million in compensation for 34,535 breaches of the guaranteed standards.

The breaches occurred during the April to June and July to September quarters last year.

READ: JPS yet to pay compensation for breaches of guaranteed standards

But the JPS said it is surprised by the timing of the statement from the OUR.

According to the JPS, it has been awaiting a response of the Ministry of Science Energy and Technology on its application to relax the standards because of COVID-19.

"Like many other businesses, JPS has also been severely affected by the COVID-19 pandemic," said a JPS spokesperson in a statement.

The company said while it took the necessary measures to provide service to its customers at the guaranteed service levels, it was constrained by the pandemic.

"This led to under performance in some areas," Communications Director Winsome Callum admitted.

But she said the multiple orders and actions taken by the government under the Disaster Risk Management Act have resulted in significant restrictions on the movement of persons.

"JPS exhausted all measures to continue providing service to its customers, and to meet the guaranteed and overall standards as well as its various performance targets," Callum sought to assure.

She also said despite the company’s exemption from certain restrictions imposed by the Government, the JPS had to implement its own safety measures to contain the spread of the virus among its workforce and to ultimately continue providing service.

"Despite our best efforts, the usual quality of service to customers between the period March 2020 to date, was impacted and it is anticipated to continue for the duration of the COVID-19 pandemic," Callum said.

However, she said the JPS is over 95 per cent compliant with the 17 guaranteed standards for the electricity sector.

She also says the JPS takes pride in upholding its obligation to make payments for breaches, especially in light of the fact that they are automatically paid to customers.

She said as soon as the JPS receives the decision of the Energy Ministry it will immediately carry out the instructions.