Conch ban to be lifted on April 1 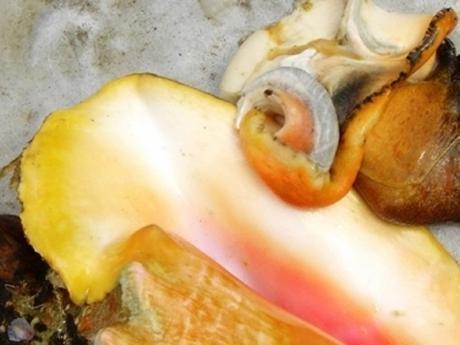 Almost two years after the government announced a ban on the fishing of Queen Conch (genus Strombus), the National Fisheries Authority has given the green light for industrial and artisanal fishers to resume the harvesting of the seafood delicacy, as of Thursday, April 1.

The dramatic decline in conch stock between the 2015 and the November 2018 surveys conducted by experts in the Fisheries Division of the Agriculture Ministry, informed the ministerial order on the ban.

Minister of Agriculture and Fisheries, Floyd Green, told a press conference this morning that a scientific assessment done in late 2020 showed that stocks had recovered sufficiently to allow a resumption, all be it on a smaller scale than previous years.

“The survey conducted towards the end of 2020 showed significant improvement in the (conch) density. We have some 16 per cent growth and we are at a comfortable level in relation to the
density of about 180 conch per hectare," Green said.

“So as at April 1, 2021 we will be opening conch fisheries with a total allowable catch of 250-300 metric tonnes for industrial and artisanal fishers.”