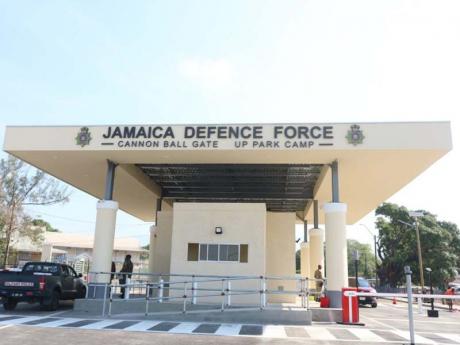 The army said both the officer and the female soldier were tried by the Appropriate Superior Authority and Commanding Officer and they were both found guilty.

The Jamaica Defence Force (JDF) officer at the centre of a sex scandal has resigned.

In a statement, the JDF said following the conclusion of its investigation, the officer submitted his resignation to the Defence Board.

The allegation related to an intimate relationship between the officer and a female soldier.

According to the JDF, both parties were charged under sections of the Defence Act and for contravening the JDF’s Personal Relationship and Fraternisation Policy.

However, the JDF said there was no allegation of sexual harassment made by either party.

As a result, it said there was no charge for any breach of the JDF’s Sexual Harassment Policy.

The army said both the officer and the female soldier were tried by the Appropriate Superior Authority and Commanding Officer and they were both found guilty.

It said the officer was awarded the maximum fine possible under the Defence Act.

The Sunday Observer had reported that a woman soldier who entered into a sexual relationship with her superior, a lieutenant, was charged under sections 75 and 46 of The Defence Act, and sentenced to 14 days in military prison.

"The JDF remains committed to holding its members accountable for their actions and maintaining the highest level of military discipline as we continue to serve Jamaica," said an army spokesman in a statement released to the media.