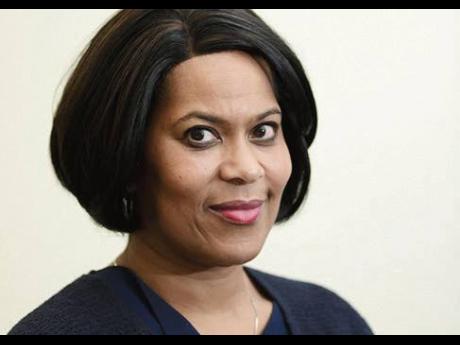 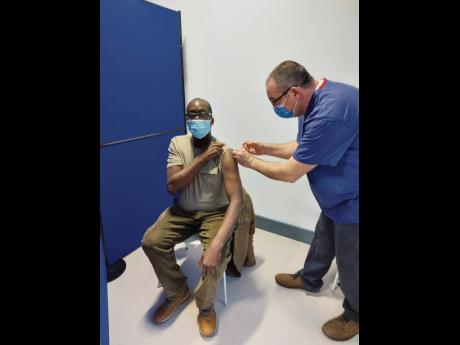 Contributed
Patrick Vernon, a board member of the Hertfordshire Partnership NHS Foundation Trust, volunteers to take the vaccine to create confidence within the black community.
1
2

Two video campaigns to promote the take-up of the coronavirus vaccine by the black ethnic minority (BME) communities have been launched against the backdrop of growing concerns of hesitancy within this group.

This was followed by a joint appeal by Conservatives and Labour black MPs in another video, organised by Vaccines Minister NadhimZahawi, which “aims to unite against the spread of vaccine misinformation” and tell people it is safe to take.

In the video, David Lammy talks of losing his uncle to the virus, while James Cleverly speaks of his cousin’s death with COVID-19.

The uniformed message from all the black MPs was: “We understand the fears, the anxieties and the confusion. We understand the genuine history of mistrust some black people will rightfully feel. Each of us has the power to protect ourselves and to help slow the transmission.”

The video ends with all the politicians declaring: “When it’s my turn, I will be taking up the vaccine.”

The Runnymede campaign, while encouraging the black community to take the vaccine, also highlighted that the vaccine roll-out was needed desperately in densely populated urban areas which house large numbers of black and minority ethnic people.

Dr Halima Begum, director of the Runnymede Trust said: “While the narrative is building about BME communities’ reluctance to take the COVID-19 vaccine, the larger issue is that the government has not prioritised black and minority ethnic communities, who are living under circumstances with higher infection risks and whose elderly are dying at dire rates.

“The pandemic has had, and continues to have, a disproportionate impact on black and minority ethnic communities. Higher infection and death rates have been neglected and public information campaigns to address higher risk areas have been poor.

“From the outset, we have called on ethnicity to be made a risk factor, something this government still refuses to implement.

“In order to address this crisis, we have two main requests for the government: prioritise the effective roll-out of vaccines to BME communities and communities in dense urban areas where the need is greatest; and work with BME community leaders to address the misinformation and boost confidence in the vaccine.”

There has been growing mistrust within BME communities about the vaccine because of its quick development and misinformation mostly spread on social media.

Dr Begum said: “Many BME groups do not trust the vaccine because of historical institutional racism, with hostile environmental policies over the last 15 years having had a detrimental impact on their relationship with state institutions.

“To address this mistrust, we urgently need the Department of Health to provide information to BME communities specific to each of the three vaccines that are licensed in the UK, to reassure patients concerns.”

The Runnymede director concluded: “The government and healthcare system must immediately invest in culturally sensitive interventions to debunk the myths and misinformation relating to the vaccine. This lack of trust and confidence in the vaccination programme amongst our diverse communities must be immediately reversed to avoid a further widening of ethnic health inequalities.”

Revd Rose Hudson-Wilkin, in her video message, said: “There are distracting voices within our communities spreading doubts and alarm. Listening to those voices will only rob us of the need to live flourishing lives with our families and friends. If the vaccine was good enough for Her Majesty the Queen, then it was good enough for us.

“I call on those charged with the responsibility for rolling out the vaccine to ensure that it is delivered where the need is greatest – in our care homes and among those vulnerable in our society. I implore the government also to make it a priority that it reaches those places where people are at greater risk of dying from the pandemic, remembering especially those from our community who are on the front line in hospitals and care facilities.”

Patrick Vernon, who last week volunteered to take the vaccine as a board member of the Hertfordshire Partnership NHS Foundation Trust, also contributed in the Runnymede video.

He said: “I want to urge everyone in the community to seriously think about taking it. I do understand the concerns people have around the history of black and brown people being used for science, misinformation and a lack of trust in the government with the vaccine roll-out, but this is about saving lives.

“How many of us have lost family members, work colleagues or neighbours? We have to stop this. The impact of COVID-19 on the black and ethnic minority community is tremendous, and we need to work together as a community to save ourselves so we can move forward.”

Yvonne Coghill from NHS England, in her contribution to the Runnymede video, said: “We know there are more people from black ethnic minority background saying they are worried about taking the vaccine, but I would say too many of our own community have succumbed to this disease and the vaccine is there to help you, to protect your family and to protect the wider society. The only way we can protect our communities is to take the vaccine. It is better than the alternative.”