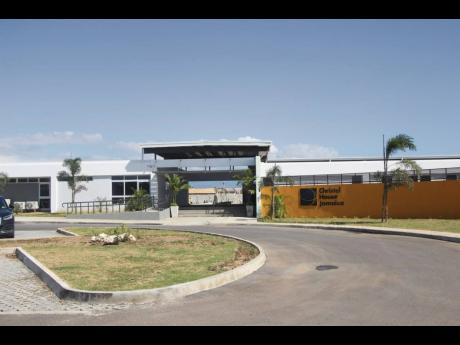 Christel House Jamaica, which is fully accredited by the Ministry of Education, offers scholarships based on the level of poverty and deprivation of each student. 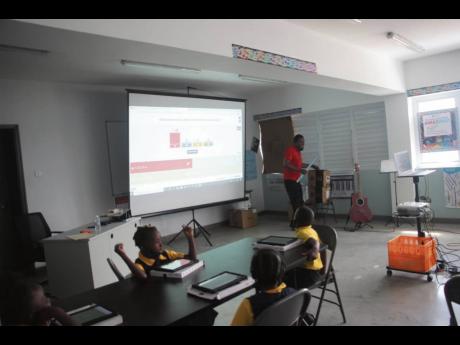 Contributed
Grade one students in their music class. 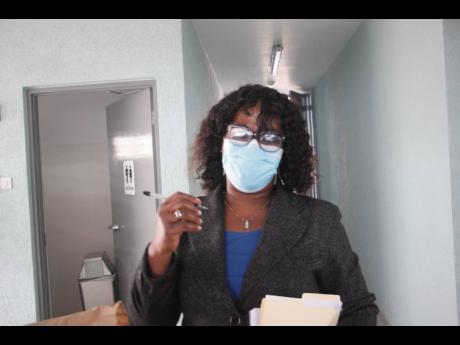 Children from nine St Catherine underserved communities who fall below the poverty line are now enjoying an amazing educational journey made possible by the generosity of the late US philanthropist Christel Dehaan.

A very successful business-woman who founded Christel House International, Dehaan succumbed to cancer last year before getting a chance to see the completion of Christel House Jamaica, one of the eight schools she established worldwide that are dedicated to providing education to poor children who are otherwise deprived of a solid education due to their circumstances.

The school compound spreads out over 10 acres of land made possible through a 99-year lease from the Government of Jamaica. It sits next door to the José Martí Technical High School and would be the envy of many institutions in developed countries.

With its spacious surroundings and well-structured classrooms, equipped with modern audio-visual teaching aids, including tablets for all the students, a computer lab, a music room with various musical instruments, a medical centre with isolation area, and grounds designed for environmental friendliness, coupled with a well-trained team of teachers and ancillary staff, the institution is a haven for teaching and learning.

In addition, the 180 kindergarten, grades one and two students currently in attendance are provided with uniforms, books, and transported to and from school in air-conditioned buses. They are also served with breakfast and lunch as well as a snack pack given to them before they are transported home after school.

Interim principal Adesuwa Omoregie said the institution, which is fully accredited by the Ministry of Education, offers scholarships based on the level of poverty and deprivation of each student, whose socio-economic conditions are assessed by the school’s social worker and guidance councillor, who make visits to their homes.

“Christel House Jamaica programme provides each child with a solid education from the pre-primary level, using the same curriculum employed by the Ministry of Education all the way up to the sixth-form level,” Omoregie said.

“We also have a programme where we monitor our students up to the university level and provide a support mechanism to ensure that they are not left behind,” she added, while pointing to the conduciveness of the environment that has facilitated face-to-face classes since the institution first opened its doors in October last year.

According to the principal, one grade level will be added each year until the full capacity is realised. She described the approach employed by the school as a holistic one, geared at complete human development, with the aim of moulding lives for the future.

Chief executive officer of the institution, former Custos of Manchester Sally Porteous, whose 25-year friendship established with the German-born Indiana businesswoman that created the once-in-a-lifetime opportunity for the students, recounted how the concept evolved.

“I first met Christel Dehaan 25 years ago when I was in the film industry, and she came to Jamaica to do a commercial,” Porteous told The Gleaner.

“The commercial was to be completed in her home city of Indianapolis in the USA, so I ended up going to the US with her to finish working on it. During the two months I spent there, I got to know her very well, and over time, we became good friends,” Porteous disclosed.

After learning that her friend had retired from business and established a foundation aimed at building schools in poor countries to provide quality education for children below the poverty line, Porteous asked her if she would consider building one in Jamaica.

“She readily agreed and came down to see me. I took her around Kingston and Spanish Town and showed her some of our underserved communities and the need for such a facility here,” said Porteous, adding that they settled on Spanish Town after meeting with then Minister of Education Ronald Thwaites, who gave the project his blessings.

Porteous said the Government expeditiously granted the lease for the 10.4 acres of lands, and the project became a reality under the present administration. According to her, all the buildings housing the junior school have been completed and equipped with state-of-the-art amenities. She said the building for the senior school would be completed in phase two of the project, which is expected to start soon.

Porteous revealed that the entire complex is slated to cost US$10.5 million, of which US$4.8 million has already been expended to complete the junior school.

She made a special appeal to members of the diaspora to seriously consider contributing to the institution that will house 900 students overall.