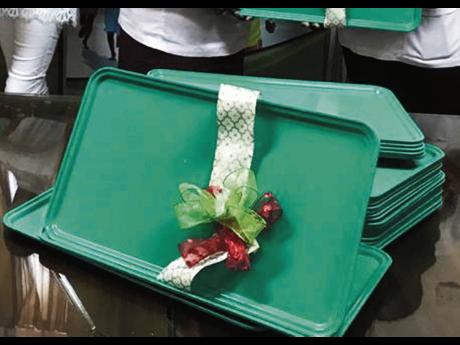 Contributed
Some of the trays donated by the Henrys.

The trays were accepted by the hospital administration and the couple praised for their contribution.

Charles told The Gleaner that he received the items as a gift and decided to donate them to the medical facility, as an expression of love for his country.

“Two things basically that inspire me about my country is a quote from John F Kennedy: ‘Ask not what your country can do for you, ask what you can do for your country’. I always travel with that motto so that if there is anything I can do on the foreign land to help my country and my fellow Jamaicans back home, I would gladly do so.”

Charles revealed that a similar donation will be made to the St Ann Infirmary in the near future.

“It won’t be the last for my wife and I to donate to the hospital; we will continue,” he added.