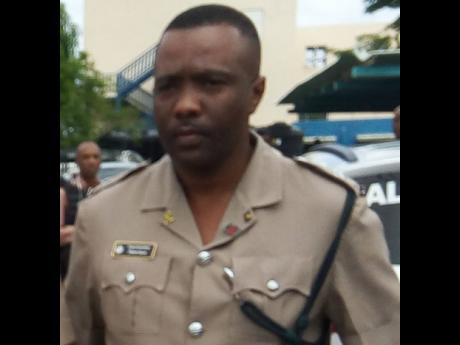 While tackling the parish’s murder spike remains the top priority, the St James police are also turning the spotlight on breaches of the Road Traffic Act to bring more order to the roadways.

A multi-agency task force being rolled out to clamp down on lawlessness has been reaping dividends in turning up the heat on errant motorists, according to St James commander Superintendent Vernon Ellis.

“Between January 1 and February 20 this year, over 9,000 persons have been prosecuted for breaching the Road Traffic Act. In fact, some 9,473 tickets have been issued to offenders,” said Ellis. “Some 184 motor cars and 54 motorcycles have been seized … . This is part of our relentless drive to bring order to our streets.”

He added that the initiative – which is being done jointly with the Jamaica Defence Force, the Transport Authority and the Island Traffic Authority – has also resulted in another 50 persons being arrested for breaches of the Road Traffic Act.

“Over 800 persons have been charged for exceeding the speed limits in the regular crash zones such as the Rose Hall and Bogue mains,” said Ellis, noting that officers involved in those operations also wear body cameras to reduce risk of contradiction.

Statistics from the Road Safety Unit show that up to yesterday, St James had recorded a more than 100 per cent increase in road fatalities year on year, moving from four over the period last year to nine in 2021.

Nationally, road fatalities have declined from 88 between January 1 and March 1, 2020, to 67 since the start of this year.

Ellis is convinced that if minor crimes and offences such as those under the Road Traffic Act are left to flourish, avenues are opened for more substantial crimes.

“We want this to be an across-the-board initiative tackling crime at every level,” he said.

Noting that some of the parish’s criminals have been fleeing to other sections of the island, Ellis warned that his team would continue hunting them.

“While when they flee the parish, we will see a reduction in shootings and murders here. We are not chasing them away to become problems elsewhere. We are constantly tracking all over the island,” said Ellis. “Most of the top Sparta Gang members who we arrested were arrested in Kingston, and only recently, one of our most wanted was arrested in Manchester.”

The St James commander said that he was particularly pleased with the police’s increased capacity to use DNA evidence gathered at crime scenes and on weapons seized to build stronger cases.

“We recently used DNA evidence to reactivate some cold cases and we have gone on to secure convictions,” said Ellis.