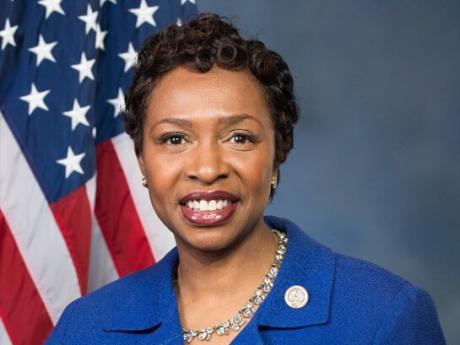 WASHINGTON, CMC – Caribbean American Democratic Congresswoman Yvette D Clarke on Wednesday introduced legislation in the United States House of Representatives that would allow Caribbean and other “Dreamers” to earn lawful permanent residence, or green card, and US citizenship.

The Development, Relief, and Education for Alien Minors Act, known as the DREAM Act, is a United States legislative proposal to grant temporary conditional residency, with the right to work, to unauthorised Caribbean and other immigrants who entered the US as minors—and, if they later satisfy further qualifications, they would attain permanent residency.

In April 2001, United States Senators Dick Durbin (D-Illinois) and Orrin Hatch (R-Utah) first introduced the bill in the Senate as S. 1291, but it did not pass.

The proposal has since been reintroduced several times, but has not been approved by majorities in either House of the United States Congress.

On Wednesday, Clarke, the daughter of Jamaican immigrants, who represents the 9th Congressional District in Brooklyn, New York,  introduced H.R. 6, the Dream and Promise Act of 2021.

In addition to “Dreamers”, the Dream and Promise Act includes protections and a path to citizenship for Temporary Protected Status (TPS) recipients, such as hundreds of undocumented Haitians living in the US, and Deferred Enforced Departure (DED) beneficiaries.

H.R 6, The Dream and Promise Act, provides a pathway to citizenship for “Dreamers”, those individuals who entered the US under the age of 18.

For TPS and DED holders, H.R. 6, will secure permanent residency and allow them to apply for citizenship after five years.

The legislation goes even further to prevent immediate deportations, establish the right to judicial review, and impose penalties on those who use application data for immigration enforcement purposes.

“I am proud to co-lead H.R.6, the Dream and Promise Act, which provides 2.5 million ‘Dreamers’ Temporary Protected Status and Deferred Enforcement Departure recipients with a pathway to citizenship – 2.5 million people who already call America home and are contributing to our society,” Clarke said.

“As chair of the Congressional Black Caucus Immigration Task Force, it is my passion and my duty to stand up for immigrants,” she added. “H.R. 6 is the right thing to do for ‘Dreamers’ and TPS and DED holders. Immigrants greatly contribute to our economy, our community and our culture.

“Reversing the policies of the last four years is not enough,” continued Clarke, referring to the last four years of the previous President Donald J. Trump administration. “We must reimagine the immigration system in a manner that is humane, just and fair. The time has come for the values of our nation to be reflected in our immigration policies.”

In 2012, former US President Barack Obama enacted a temporary program, called the Deferred Action for Childhood Arrivals (DACA), which provided temporary protection from deportation and work permits for eligible “Dreamers”.

But, in 2017, the Trump administration rescinded the program, taking DACA protections away from its 800,000 recipients.

“This unlawful act by the Trump administration was part of a larger effort to advance their anti-immigrant agenda,” Clarke said. “The Dream and Promise Act seeks to remedy these actions and do right by the immigrants in our country.”

Clarke, therefore, co-leads the legislation’s 2021 re-introduction, with co-sponsorship by 134 members of Congress.

The reintroduction of H.R. 6 comes as momentum continues to build for long-overdue US immigration reform.

Earlier this year, Clarke co-led the House’s version of President Joe Biden’s US Citizenship Act of 2021, along with six of her colleagues known as the “Closers”.

“This comprehensive legislation would restore humanity and American values to our immigration system,” said Clarke, stating that, among many provisions, it would allow “qualified, hardworking immigrants who contribute to our country and enrich their communities with a pathway to citizenship.