Don’t use rogue pastor to judge us – St Ann minister 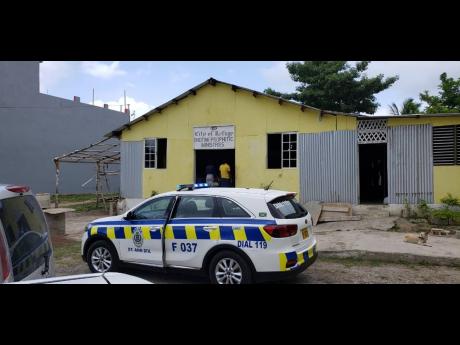 The flouting of COVID-19 restrictions by a pentecostal pastor should not be used to broad-brush Christians in St Ann, the former chairman of the Ocho Rios Ministers Fraternal has said.

The Rev Jonathan Hemmings said that churches have, by and large, observed the attendance and health guidelines in the coronavirus legislation.

“I think, in the main, the churches have been compliant, not just compliant, but I think the church would have been doing what we can to advance the programmes to see to the management and the eventual overcoming of this thing,” Hemmings, who pastors the Ocho Rios Baptist Church, told The Gleaner.

“... As far as we can, we use our pulpit to encourage persons to keep safe and to keep others safe by observing the protocols.”

Last Wednesday, Christine McLean, pastor of the City of Refuge Endtime Prophetic Ministries church in Windsor, St Ann’s Bay, was charged under the Disaster Risk Management Act after she was observed conducting service with more than 50 persons – most of whom were not wearing masks – in attendance, the police reported.

Two members of the church were also charged.

In the latest edition of the act, Prime Minister Andrew Holness announced on February 28 that churches could only host online services and must have no more than 10 persons, as production personnel, in the house of worship.

Footage of the face-off shows the pastor and some congregants putting up staunch resistance to police and health officials who sought to get them to leave the church. The stand-off reportedly lasted more than one hour.

“... There are some persons who operate as if faith and science are incompatible, so to follow scientific procedures is not to have enough faith, and that’s a false dichotomy that persons put between faith and science, which, I think, most churches are far beyond,” said Hemmings.

However, the Baptist preacher took a swipe at the 10-person directive, labelling it “almost discriminatory”.

He said many churches did not have the technical savvy or equipment to stream online services, especially for congregations in remote rural communities where Internet connectivity was spotty or non-existent.

“I don’t know what the findings are that went into including churches, [but] I don’t see anything that indicates that churches were superspreaders of this sort of thing,” he said.

In the meantime, Hemmings made a special plea to Holness as the holiest season on the church calendar, Easter, approaches – in the first week of April.

“I would appeal that if it is at all possible, that the churches are not allowed to go through another such season with their doors closed. I hope the restrictions are lifted this year,” Hemmings said.