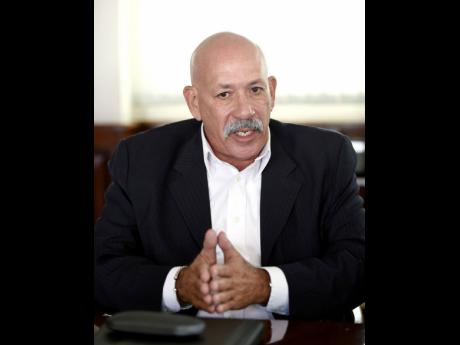 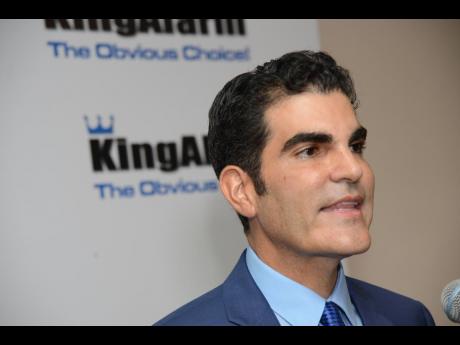 President of the Jamaica Society for Industrial Security, Lieutenant Commander (ret’d) George Overton, has endorsed the mandatory wearing of bulletproof vests by security guards at higher risk of attack, following last week’s attempted robbery and shoot-out in which a Guardsman security guard was killed and two others injured.

The three guards were in the process of delivering cash at a remittance outlet on Main Street in Santa Cruz, when they were attacked by three gunmen. During the attempted robbery, a shoot-out ensued between the gunmen and the guards. The deceased has since been identified as 50-year-old Anthony Embden.

Overton believes that security guards tasked with the transportation of money, must be equipped with bulletproof vests, given the risk.

“Anything that saves lives, I believe would be a recommendation of best practice and I have no issues with it being mandatory,” he told The Gleaner.

Overton is also the director of operations of Guardsman, which said last week’s tragedy had prompted the company to mandate the wearing of bulletproof vests. Guardsman is replenishing its stock of vests to the tune of around $27 million. Most, but not all of its 300-strong courier guards on armed trucks have vests, Overton disclosed.

Bulletproof vests are controlled items and so the Ministry of National Security has to give permission for them to be imported. The protective gear is usually purchased from developed countries like the United Kingdom, the United States, Canada, and China.

Overton said there is a wide variation in prices, depending on where the security vests are purchased, but noted that larger security firms have them as a standard part of the uniform, for especially high-risk security officers.

Because of the competitiveness of the sector, some firms might not be able to budget for the acquisition of these safety gears to the extent that they should.

“Affordability is what affects your pricing, so when you say you can’t afford it, it is because you are either unwilling to charge a rate that makes it affordable and I would probably believe that that may be the problem, that everybody competes on price until they price themselves out of the ability to re-invest in their company.”

Managing director for KingAlarm, John P. Azar, said all members of the armed response team are issued with bulletproof vests, which they must wear on the job.

“Similarly, all of our personnel who work with the cash-in-transit teams, which is the armoured courier teams, they are issued with bulletproof vests as part of their standard uniform, and that again is mandatory,” he said.

Both teams have a combined 150 employees, but in addition to this group, other security personnel such as close protection body guards and others who work at high-risk locations are equipped with bulletproof vests.

“The expense is a significant one,” said Azar when asked to give the monetary value for the safety gear annually.

All security officers working in the private security industry should have life insurance by law.

“Certain members of our team, we would have a higher life insurance policy on, simply because of the same logics where we recognise that while all personnel are at risk, certain persons clearly are at higher risks than others,” said Azar.

But while Overton said that life insurance is guaranteed under the law, he alluded to the reality that not all security guards are benefitting from this or other provisions.

“I have a concern in general compliance across the industry. Whether it be minimum wage, whether people are paying wages or undercutting and are not paying the allowances or the whole matter of whether their officers are insured,” he disclosed.

“You find that when it is an assignment that is done on the same day, same time, day in and day out, it clearly makes it far easier for the criminal element to scope [and] to study the movement and to prepare an assault.

“When you vary the assignment, if even by an hour, two hours or even 30 minutes, it makes it a little bit more difficult,” he said.