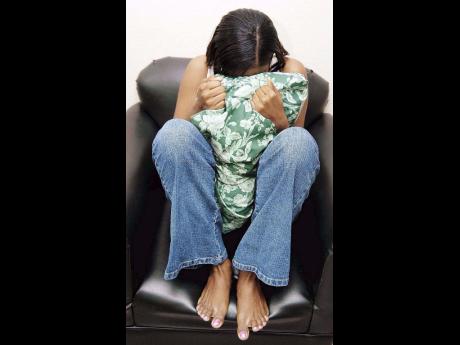 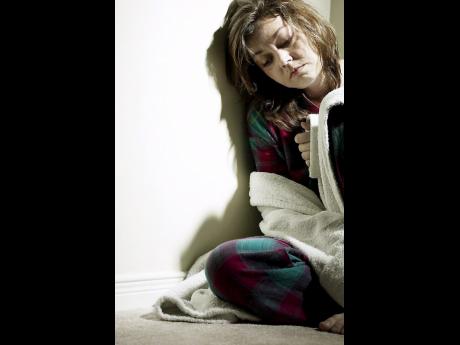 Twenty-one-year-old Star* was sexually abused by her stepfather when she was just nine years old. Now 21, she has contracted HIV as a result of the assault. Star is one of 13 young women living with HIV, featured by the non-profit organisation Eve for Life in their recently released 'Nuh Guh Deh' Campaign in Kingston.

In the cool community of Salt Spring in Montego Bay, Jamaica, there are a lot of fruit trees - juicy mangoes, sweetsops, delicious breadfruits, and ackee. There are birds that chirp melodiously, which help to soothe the mind. Anyone who visits this community won't want to leave, especially with the beautiful sunset over the sea. The hillside where I live gives a great view, especially in the evening, when the sun sets. This is where I live.

I am a beautiful ambitious and intelligent young woman with caramel complexion, short, and have very small ears. When I was

a child, I always heard of young persons in and around the community who were either raped by family member or strangers. I was too young to understand what rape was.

I remember that my mother, Janet*, was very hard-working. She trusted Barry*, my stepfather, very much. She felt that he would protect her angel until she returned home. Little did she know that he would destroy her angel. Like any other child, I had dreams, but those dreams were shattered at the age of nine. I still recall the day clearly. My stepfather, Barry, is of chocolate complexion, very muscular and tall. He raped and threatened me not to tell anyone what happened. After the incident, I remember it hurt so bad ... I couldn't even cry. I told no one.

Days became weeks and weeks became months. I began to itch and smell. My grandmother, whom I loved so much realised that something was wrong and took me to the doctor. The doctor did numerous tests and then told my grandmother and me that I had an incurable disease. That's when my grandmother was told that her precious Star was sexually abused.

The police got involved, an investigation was done and a search conducted. My stepfather was never caught.

That was the turning point in my life. Everyone in the community knew that I was infected with HIV and they started to label me as a bad influence. They even gave me the nickname: "AIDS girl". I felt sad. No one understood the pain, shame, and guilt I felt. Everyone thought the worst of me.

All my dreams and hopes were shattered by my stepfather. I faced stigma and discrimination in the community. My mother avoided talking about what happened and said she "bring disgrace to the family". She tried numerous ways to end her own life, but it never worked.

I felt hated, traumatised and hurt and now, as an adolescent, I have made a pledge that I will speak out about the sexual abuse of young girls in Jamaica. I am tired of hearing on the news that little girls are being raped. I am tired of seeing young girls at the clinics with babies that they are not ready for. We must stop this abuse of our young girls now.

I have made it my mission to help other girls to speak out about abuse - to teach and to empower. I am now a dazzling young lady, who has a beautiful daughter and is living a productive life.

Determined to get help, other young women who have been abused, Star says the 'Nuh Guh Deh' campaign was a way of rewriting the scripts she and her colleagues were given.

"It is about taking back our lives from the men who abused us. It is our life - you will no longer make us cry in self-pity, but cry for joy for the baby steps we have taken towards recovery. By telling our stories, we are now writing our own scripts rather than waiting on the Government or someone else to do it for us."

Lamenting that she knows exactly what it feels like to be abused, she tells Outlook, "Some of us have suffered silently for years. Some are still being abused and the support group has helped significantly," she added that reliving her past through the therapeutic sessions offered by the non-profit organisation was hard at first. "But through the sessions, we also realised how strong we were. We realised that although we were victimised, we are not victims".

Making a bold statement that neither her or the other girls who were abused were dead, but alive with possibilities. She said, "We realise that we can either allow our painful past to darken our future and beat us down, or we can use it for something beautiful. We can either continue to hate the men who destroyed our lives and ourselves for allowing it to happen or we could turn the tables on the men and the society that continues to make them feel that it is OK."

The 21-year-old wants the men who abuse them and those who support these men, to know that somebody cares; that somebody is watching their every move. "That it is our time now - we are now in charge! We are charting our own paths and supporting those young girls out there to take back their lives."

For several years, Jamaica as a nation has allowed its young girls to be battered, raped, abused and shamed by adult men who are either a father, an uncle, a stepfather or a cousin.

Over the next few months, The Outlook will feature a number of abused young women most of whom are being helped by the NGO-Eve for Life.