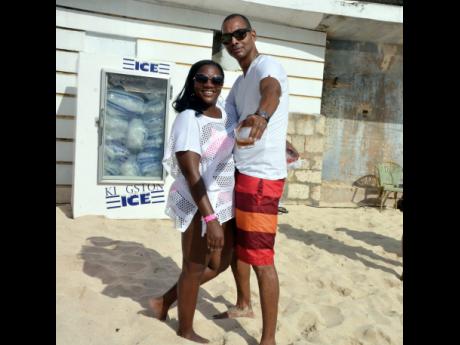 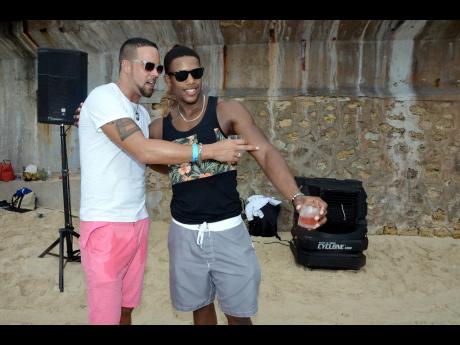 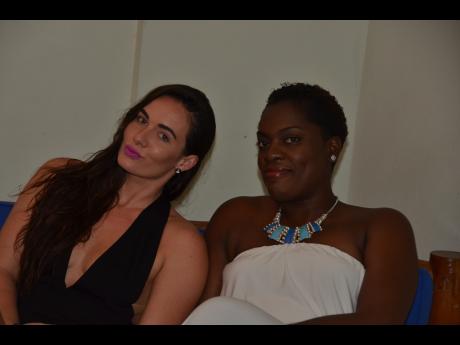 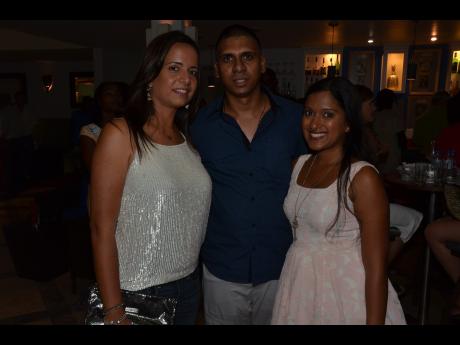 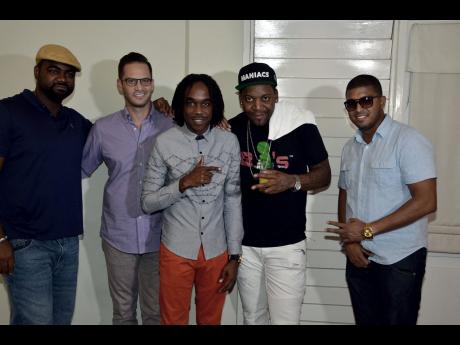 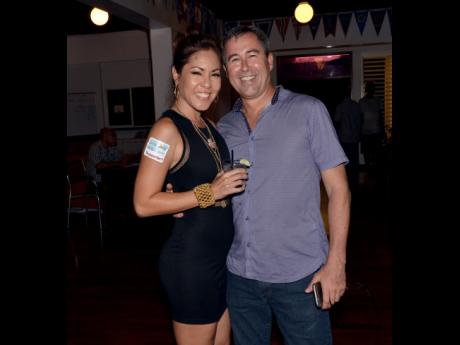 Chairman of the Marlin Tournament, Bobby Stewart and Juanita Diaz. 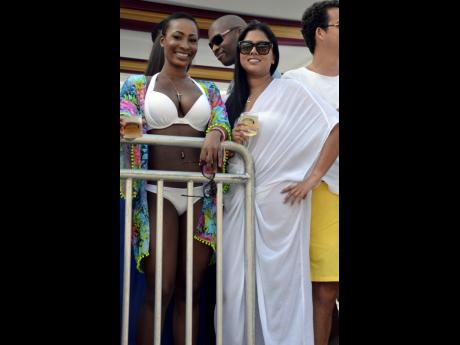 Petal Russell (left) and Monique Mitchell. In the back, Sam James Jr. at Tightline. 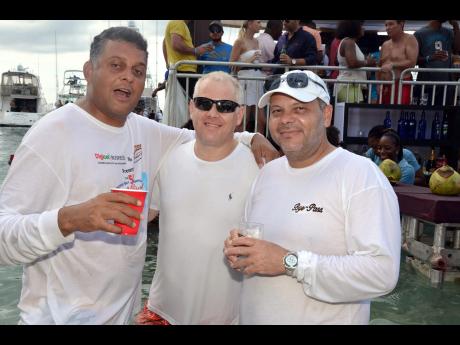 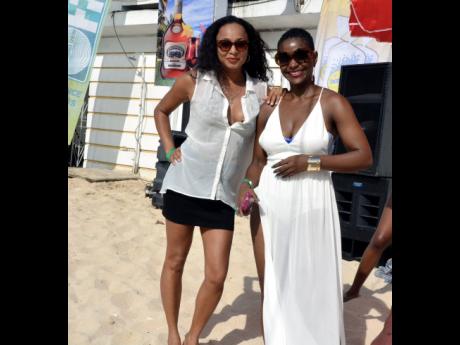 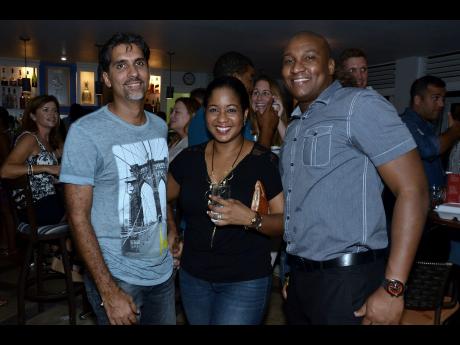 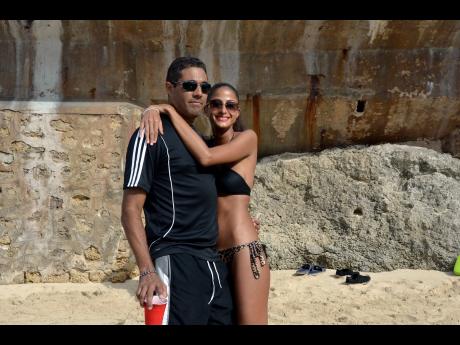 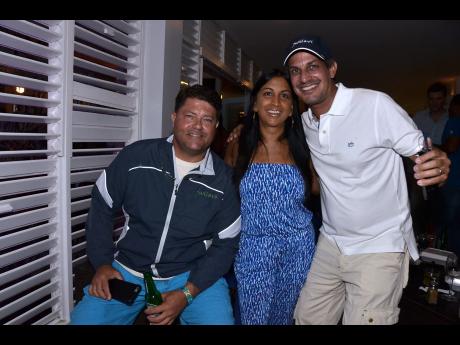 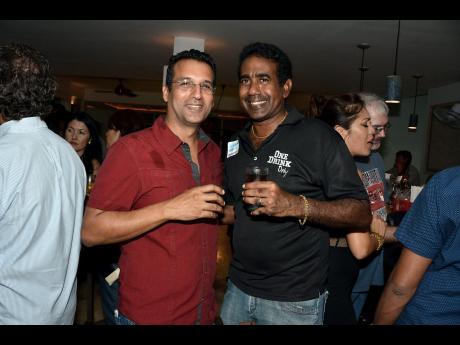 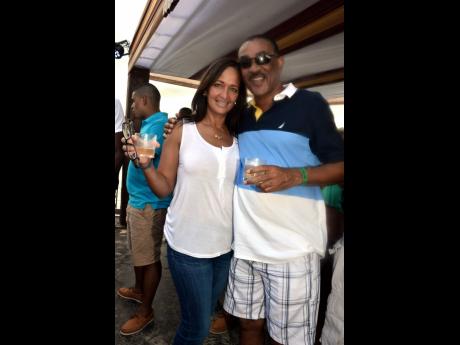 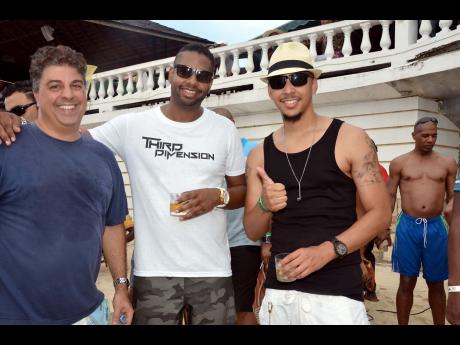 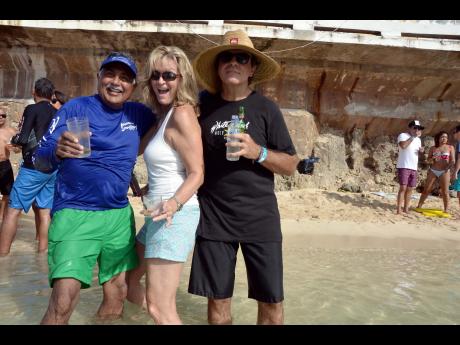 From left: Gobind Mahtani, Lyn Langford, and Frank Perolli having a whale of a time at Tightline. 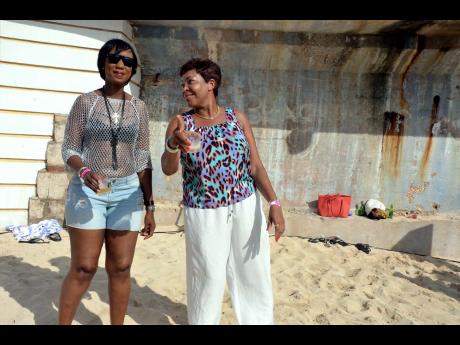 Forty-two team boats, 17 Marlins released in the first day of competition alone, very happy boaters, no accidents, an excellent comedy night on Thursday, and a great beach party on Saturday.

This was how the man who turns Marlin tournaments into conversation pieces, Bobby Stewart, described the just concluded event that caused him to turn back eight North American boats, because of over subscription.

After three days on the ocean, with Cayman's 'Who Dat Express', emerging winners, many more of Jamaica's closest neighbours could flock the Montego Bay Yacht Club for the 2016 staging.

It is also a given that by now, the entire country must have heard that the 2015 Digicel Business/Appleton Estate Montego Bay International Marlin Tournament was the bomb!

Tagged, 'Tightline', the beach jouvert was one of the many activities that contributed to pumping thousands of dollars into the coffers of hoteliers, restaurateurs, supermarkets, anglers and labourers in the tourism capital.

From as early as last Tuesday, Stewart, who sometimes seemed like a one man band, along with his small team, hosted a cocktail reception for the teams that converged on the city.

By Wednesday morning at 'Bimini Start', the boats were on parade, making their grand entrance through the channel.

Thursday night's fundraiser pocketed $600,000, which will assist the We Care Foundation and the fishermen at Whitehouse in St James.

On Friday night, Cayman's 'Who Dat Express', walked away with the coveted Marlin Tournament trophy, while Jamaican boats, 'Daddy's Dream' and 'Deputy' placed second and third, respectively. The entire week was a very exciting one for the tourism capital.