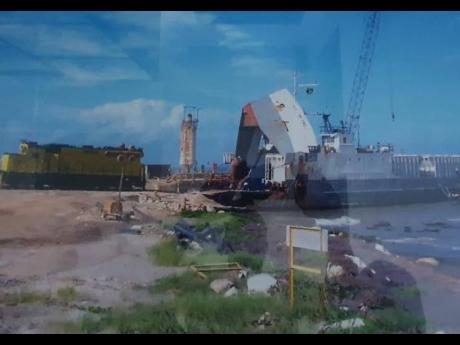 Contributed
Locomotive being landed by a landing craft. 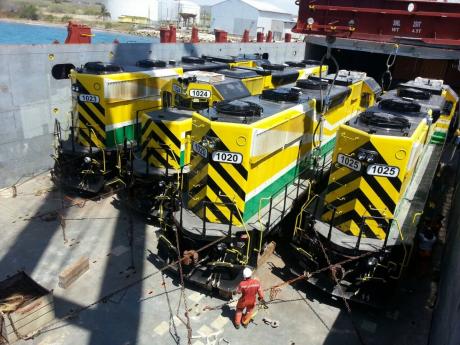 Contributed
Trains preparing to be unloaded from a vessel in Port Esquivel. 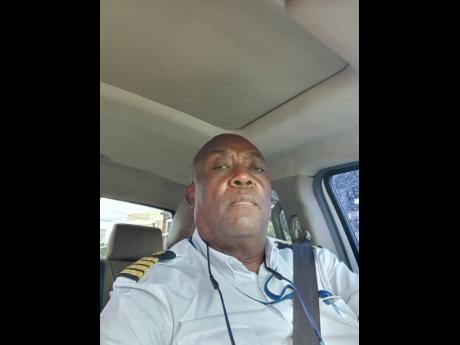 Perhaps in your exploration of our land of wood and water, you may have looked out seaward and, depending on your location, seen the outlines of vessels plying their trade. In your wanderlust, how often do you consider the history behind the ports or harbours you encounter?

Jamaica’s ports are an important part of our national economy. From bauxite to alumina, cement, and consumer goods, our ports have been hives of activity facilitating crucial movements for every industry you can think of.

Interestingly, the nuances of our country’s rich history are often hinted at in the names of these gateways – Port Kaiser and Port Esquivel are two such examples. Both ports are located on Jamaica’s south coast.

Built in 1952, and previously known as Puerta de Esquivela, Port Esquivel is located about 22 miles west of Kingston. The St Catherine port was named after the first deputy governor of Jamaica, Juan de Esquivel, a nod to his Spanish origins.

Near to the fishing village of Alligator Pond lies Port Kaiser. The St Elizabeth port was established in the early 1960s and is located about 54 miles west of Kingston.

Following the discovery of bauxite in the 1940s and the subsequent formation of the bauxite-alumina industry, Ports Esquivel and Kaiser were established for the export of alumina – the substance that is extracted from bauxite and used as a starting material for the smelting of aluminium. Bauxite mining is still considered a top performer in Jamaica’s economy, with mining projections at 6.70 million tonnes. The historic development, unique geographic characteristics and evolving trade patterns make the role of the port crucial to the shipping industry.

Jamaica Freight & Shipping Company Limited are the port agents for Port Esquivel, and their chairman, Charles Johnston, explained, “Port Esquivel was developed by Alcan, then sold to Glencore, who then sold it to the present owners, Rusal. In addition to its main business, which is the export of alumina, Port Esquivel also handles animal feed for Jamaica Broilers (Hi-Pro); molasses for Caribbean Molasses; bunkers for West Indies Petroleum; and heavy equipment which cannot go over certain bridges and have to be discharged outside of Kingston.”

No two ports are the same. They can each present a unique challenge to seafarers who must navigate their channels, sometimes daily.

According to marine pilot Norbert ‘Shag B’ Bradshaw, “The channel approaching Port Esquivel was built in 1952 to accommodate ships up to 400 feet long. Apart from the lengthening of the pier, the infrastructure was not upgraded, and the same facility is accommodating ships twice the size, therefore, making manoeuvring very difficult and restricted. With the advent of tugboats roughly seven years ago, manoeuvring has been made safer.”

He continued, “Port Esquivel can accommodate two ships at once, one on the east side of the pier and the other on the west side. This gives the port a distinct advantage in loading and unloading two different types of cargo at the same time.”

Managing Director of Maritime & Transport Services Limited Kim Clarke noted that “Port Kaiser was developed by Kaiser Aluminium and Norsk Hydro, thus the name Alumina Partners (Alpart). This company was also sold to Rusal and then to Jiquan Iron and Steel (JISCO). The traditional cargo handled is the export of alumina, and import of fuel oil, diesel oil and caustic soda. More recently, locomotives and windmill blades for the wind farms area.”

Regarding Port Kaiser, Bradshaw explained, “Berthing ships in Port Kaiser is a difficult manoeuvre. Both ship anchors must be used in getting the ship alongside safely. It is necessary for the pier to be of 34 feet in height, approximately three times the height of the piers in Kingston. This design was necessary because of the large swells and strong winds that roll in from the open sea. When a ship is alongside, it will be riding up and down the swells, therefore the height of the pier must be high enough to accommodate the movement of the vessel.”

He further explained that Port Kaiser is considered one of the more challenging ports for the marine pilot. The port is currently closed for dredging and upgrading.

The marine pilot also noted that both ports are considered deepwater ports to handle vessels up to 50,000 metric tonnes. These vessels include bulk carriers, tankers, and other miscellaneous cargo vessels.

While sharing more about the differences in ports across the island, Bradshaw explained that “the traffic in Ports Esquivel and Kaiser do not readily compare to the numbers in the Port of Kingston. However, Port Esquivel handles about 16 vessels per month, and Port Kaiser, when in full operation, about the same”.

Unsurprisingly, ports do not only serve as economic but also social functions. From labourers, who double as line handlers when ships are berthing and unberthing, to stevedores and middle management, Ports Esquivel and Kaiser have been significant in providing employment to the members of the surrounding St Catherine and St Elizabeth communities.

Our ports play a crucial role to the overall flow of infrastructure and provisions needed for an efficient maritime industry. Learning their nuances is an important step in understanding how interconnected these organisations are with our economy and social structure.