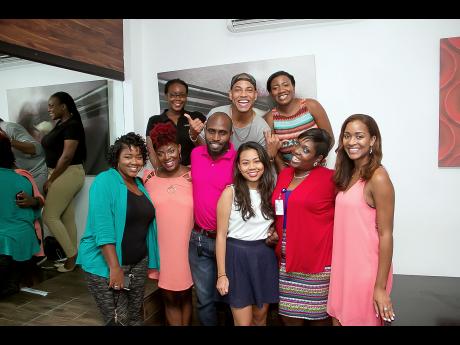 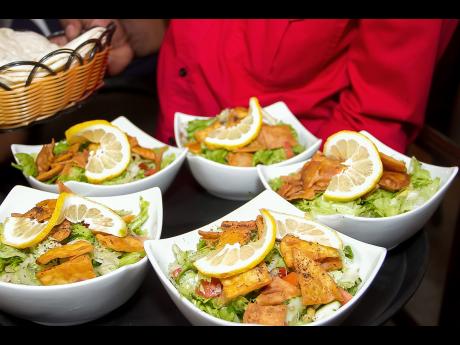 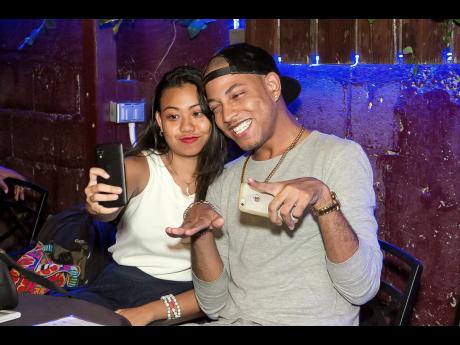 Contributed
While Poe Kyaw (left) and Rohan Perry wait for drinks at C&C South Beach, they engage in a selfie session. 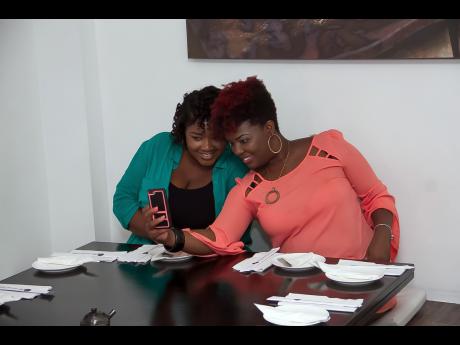 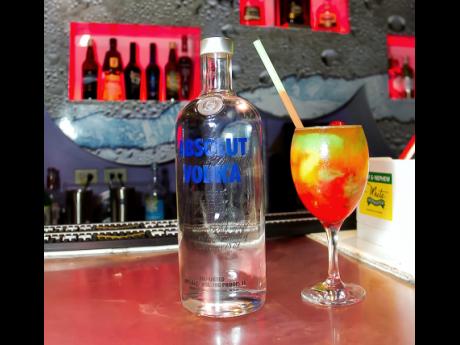 Last Monday, bloggers were given a delectable journey through the continents contained in the Gleaner-sponsored Restaurant Week on the Jamaica Yellow Pages blogger bus.

Market Me Consulting Limited, hosted the proceedings, and one by one, Chantay Campbell known for her food blog Greedy Girl Cooks; Bawn Natural’s Iceta Wright,;Chunchinmina herself, Yanique Lambert, and the always uplifting Rohan Perry, better known as Quite Perry, boarded the cosy bus at 13 West King's House Road. Accompanied by  Market Me associates, TVJ’s Entertainment Report, Infuzion, Sleek and The Gleaner Company, the journey got under way.

All were encouraged to present their boarding pass- The Jamaica Yellow Pages App which would be responsible for the evening's navigation. With trays and seats in their upright position, it was time to take off- and the competition was on with bloggers searching for the address and number of the first restaurant and call ahead to let them know we were on our way. The first to do so would get a mystery prize. Wright was right on the mark, and in no time, we arrived at C & C South Beach Sports Bar and Events Venue for cocktails.

After trying all three drinks made from Absolute Vodka, everyone agreed that C & C South Beach Swirl was their favourite. We were invited to see how the drinks was made before indulging in the flaming beef balls and garlic bread.

The next flight was an international one to Beirut Mediterranean for appetisers- hummus, fattouch and falafel . Everyone delighted in the difference, with the jury still being out as to which dish was everyone’s absolute fave. By now, the bus was abuzz with conversation and off-key singing.

India was our next stop, and we were greeted by the sweet aromas of methimalai chicken, butter chicken, goan curry, Singapore chicken, chan mai curry noodles in chicken, and green Thai curry shrimp at Tamarind Indian Cuisine. This all had us salivating, and by the time they hit our taste buds, we were in a palatable paradise.

And just when we thought we had had enough, they saved the best for last with our trip to Japan. Roe Japanese satisfied our sweet tooth with Tempura Ice cream and cheesecake, closing off the sizzling blogger bus night with a gratifying bang!