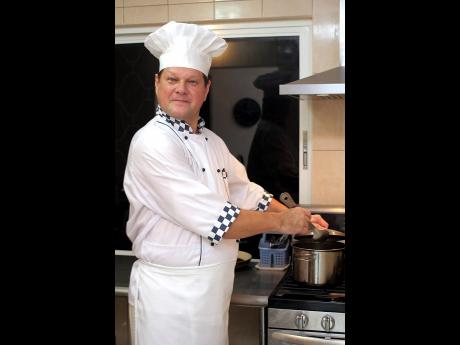 Mikey Wilson
Hats off to the chef! Russian chef Alexander Prokhorov did a great job. 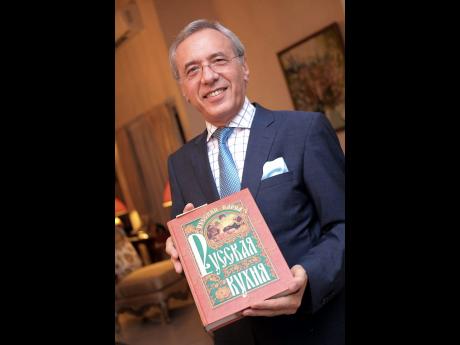 Mikey Wilson
Russian Ambassador Vladimir Polenov shows off one of his Russian cookbooks. 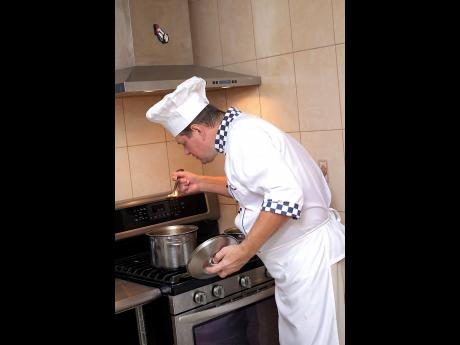 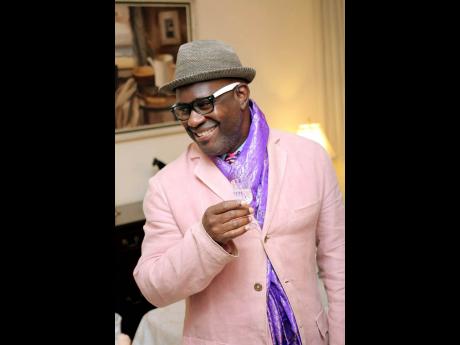 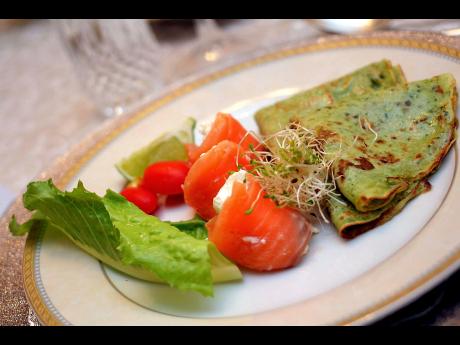 Mikey Wilson
Spinach blinis – a great way to start off the evening! 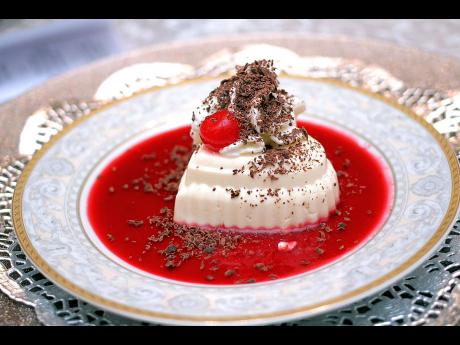 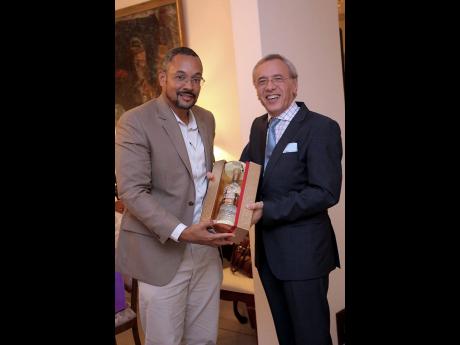 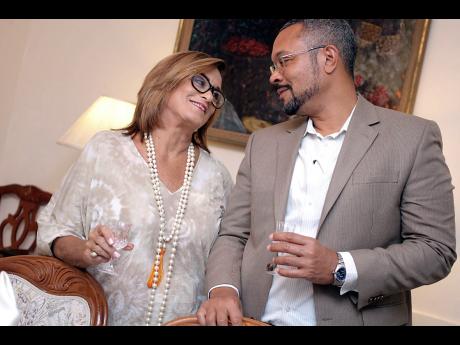 Russian Ambassador Vladimir Polenov, who has travelled to more than 93 countries, loves talking about his home nation's culture and food. This was evident last week Thursday when he invited a few guests to his Norbrook, St Andrew, residence for a private dinner - a prelude to the Gleaner-sponsored Restaurant Week which begins today.

As is customary when the ambassador is hosting Jamaicans, he had traditional Russian fare prepared. The tables are reversed whenever he is hosting guests from his home country - they would be served Jamaican dishes, the recipes for which are cut from the The Gleaner's Food pages and brought to life in the hands of his talented chef, Alexander Prokhorov. The ambassador is a connoisseur of recipes. But so far he has not bought a cookbook in Jamaica. With more than 100,000 recipes contained in his numerous cookbooks back home in Moscow (including one from 1887), he has completely run out of space. He even brought out one to share with his dinner guests.

Ambassador Polenov's meticulous nature was evident in the well-appointed table setting. The evening started off with the good stuff - Russian Standard Premium vodka, which remained a treasured companion throughout the meal.

Dinner started off with spinach blinis with smoked salmon and cream cheese. This Russian pancake was the perfect starter and had everyone salivating for more. Following appetisers was a traditional Russian dish - Russian borsch. It's a beetroot soup with prunes, mushrooms and sour cream. Beetroot has never been so delectable.

The main course was the well-known chicken Kiev accompanied by grilled zucchini and sweet pepper. Moist and delicious, every morsel was consumed.

The proverbial cherry on top of the meal was the Blancmange with raspberry sauce, whipped cream and chocolate chips. As guests enjoyed this course, it was the first time the room fell silent. The gelatin-based dessert was perfectly balanced - not too sweet and not bland. That perfect marriage is hard to achieve but apparently not for chef Prokhorov.