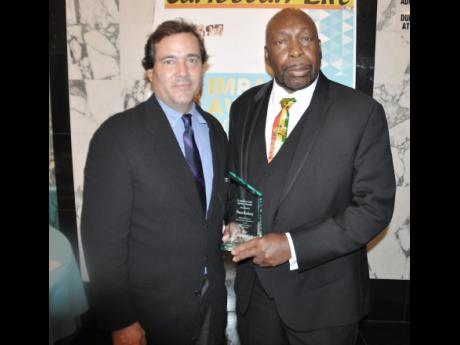 Dave Rodney, a contributing writer for The Gleaner and a media marketing specialist based in New York, was the recipient of a Caribbean Impact Award for 2015.

The Impact Awards celebrate residents in the New York Tri-State region of Caribbean heritage. These individuals have demonstrated selflessness, determination and passion and have touched the lives of others in their communities by a willingness to serve, uplift and strengthen the support systems of Caribbean-American life in the region.

The awards were presented recently at a gala held at the Paradise Catering Hall in Brooklyn. The event was heavily supported by hundreds of Caribbean-Americans and their friends, who came out to hear the interesting stories of awardees from all across the region.

Rodney is a foreign languages graduate of the University of the West Indies, Mona, and a former head boy of Ardenne High School. He was hailed for his work in media, marketing, special events and product promotions. Rodney brought Motown Records to Jamaica for two consecutive years for television specials, and he was the driving force behind travel-generating events such as Sinbad's HBO Soul Music Festival and MTV's Spring Break, among numerous other Jamaica and Caribbean-based events.

Rodney was recently credited with creating numerous mainstream promotional television opportunities for companies like Grace Foods, Rhum Barbancourt from Haiti and the Jamaica Tourist Board. He is the co-president of Images LLC, a New York-based media marketing company. He is also a regular contributor to The Gleaner on a range of topics including food, social, business, education and entertainment.