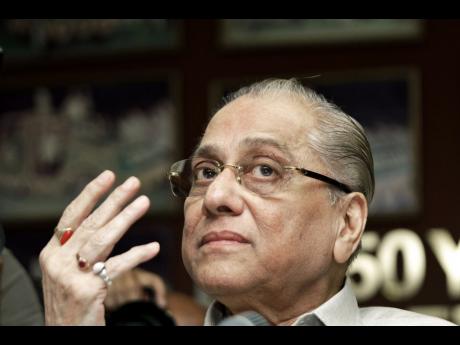 Legendary former West Indies captain Clive Lloyd has paid special tribute to late Indian cricket administrator, Jagmohan Dalmiya, lauding him as someone who had "a deep passion" for the sport.

The 71-year-old Lloyd, the most successful captain in cricket history, described Dalmiya as someone who "loved cricket" and gave all he could "for the good of the game".

"He did a lot for Indian cricket and world cricket. He was a very strong person and we got along very well," said Lloyd, the current chairman of West Indies selectors.

"He was very well respected and rose to the highest office in world cricket. He gave yeoman service to the game and brought it to where it is today. He was a very likeable person and it is indeed sad that he has passed on.

"We have lost a great administrator and a true family man, and someone who loved the great game of cricket."

Dalmiya was a former president of cricket's world governing body, the International Cricket Council, and was serving as head of the Board for Cricket Control of India (BCCI) at the time of his death last Sunday.

The 75-year-old has also been credited for transforming India's cricket into financial giants but Lloyd said there was much more to Dalmiya's legacy.

"One of his strengths was that he helped the game to reach a strong financial footing, and a lot of people talk about that aspect of his administration, but there was much more to him that just that," Lloyd pointed out.

"He did so successfully, but he also brought great respect to the game and its players all across the world. He was very well respected everywhere he went because he put the game first and everyone could see he cared about cricket and had a deep passion for what was happening on and off the field."

Lloyd was the mastermind of West Indies' world dominance in the 1970s and 1980s, and led the Caribbean side to back-to-back triumphs in the 1975 and 1979 World Cups.

That era proved one of the greatest periods of dominance by a single team in the history of sports. After retirement, Lloyd worked as an ICC Match Referee and West Indies team manager.