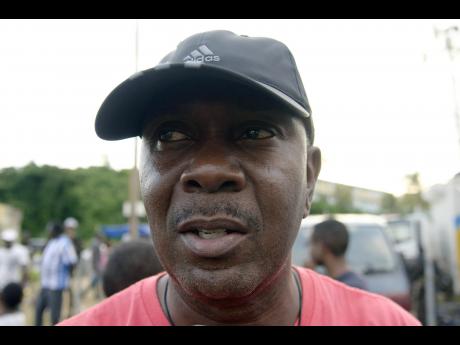 Kingston College's Manning Cup coach, Ludlow Bernard, has warned his strikers that they will have to be clinical in front of goal if they hope to lift this season's title.

Bernard has been handed the task of breaking the 29-year title drought for the North Street 'Purples'. On Tuesday he guided them to a 2-0 win over Waterford, their fifth straight win in Zone G.

The team has one of the best defensive records in the competition with only one goal conceded and 13 scored.

However, Bernard says they have to improve in front of goal as they create numerous opportunities each game, but are very wasteful.

"Today (Tuesday) was probably our worst game. It wasn't the usual KC swashbuckling performance, but you can't get that every day and the accumulation of games over a short period is probably catching up with us," he noted.

"I tried to rotate today, but it just didn't happen. But, thankfully, we were strong defensively which is one of the things I emphasise. Hence we kept them out and went for the goal where possible; we got two, which is an average of what we have been scoring," he continued.

With the defence holding up, the Harbour View FC tactician says it's at the other end of the field they need to improve if they are serious about challenging for the title, and he insists they need to develop this habit before the second round.

"We need to take it a game at a time, as there is clearly work to be done in keeping the group cohesive and maintaining consistency in defence and attack.

"We create a lot of chances but we are not putting them away and we need to be a lot more clinical. Today's (Tuesday's) game was a very good example but if we can get it right, chances are we can go all the way," he said.