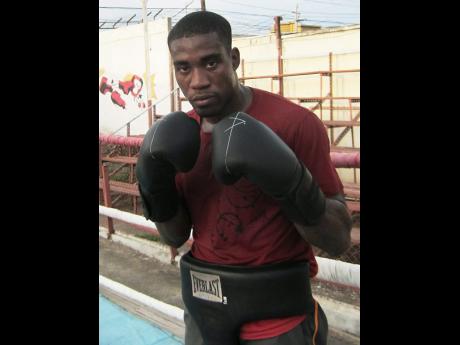 Russell, who will be away for one month, was accompanied by his manager, Leiza Keane.

Keane told The Gleaner before departure that after his excellent performance in the Contender show, she wanted to keep Russell engaged as a prospective overseas fight had not materialised. There is, however, a strong possibility that he will have a fight within the next 60 days, so his training schedule was being stepped up, she said.

Russell will be training at the Green Fitness Gym, located in Brooklyn, New York, under the watchful eyes of trainer Mustafa Marconi. Marconi has an impressive stable of boxers, including Courtney Pennington, who was one of the overseas boxers that participated in the Contender series this year. Marconi saw Russell in action at close range while here in Jamaica and made the offer for him to come to New York to training.

One of the benefits of training in New York Russell told The Gleaner before his departure, is that he will not only have an experienced trainer guiding him, but he will also have good sparring partners to work with.

"I am really looking forward to the next several weeks, and I am sure that I will benefit a great deal from the training that I will receive from Mustafa and the boxers who I will train with in Brooklyn" he told The Gleaner.