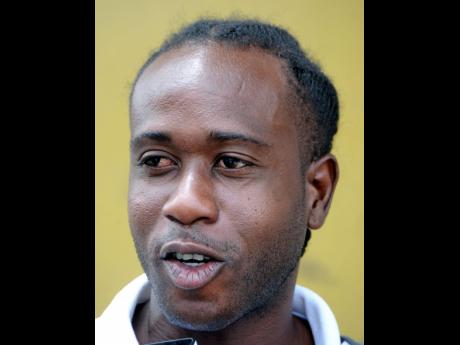 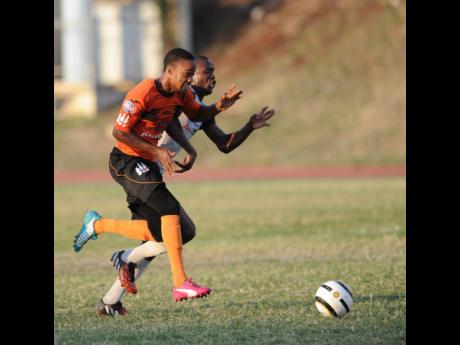 Ricardo Makyn
Tivoli's Junior Flemming (left) also got in on the goal action.
1
2

Heroics by Tivoli Gardens' outstanding goalkeeper and captain Edsel Scott led his team to a 2-0 win against Harbour View in the Red Stripe Premier League (RSPL) at the Edward Seaga Complex yesterday.

Scott however, grabbed the headlines, stepping up to the responsibility after Tivoli Gardens were awarded a penalty with uncertainty as to who should take the kick caused delays. Scott eventually left his goal area and confidently scored in the 71st minute.

However, Harbour View were also awarded a penalty 16 minutes later giving the goalkeeper another shot at the bright lights. He duly obliged, extending himself to his right to make a remarkable save against Harbour View's captain Nicholas Beckett.

Beside those highlights, the game was dull for the most part as the players focused on hard tackles and individual plays.

"Well coming into the season we needed a win, so although we were in a 1-0 lead at the time, the players wanted me to take the kick.

"We had a good talk about the situation having two losses and two drawn results previously. Now we need to move forward," Scott said.

The veteran goalie also revealed that he has been playing in the nation's top-flight football league for 23 years and that was his first goal.

Coach of Tivoli Christopher Bender was satisfied with his first win of the new season.

"It was a sense of relief. We played better in the four previous games but failed to win. Now, we need to continue working hard in training," Bender pointed out.

When quizzed as to why the penalty was taken by the 'keeper, Bender responded that," he is the team's penalty taker. "We wanted to give Flemmings the kick as a young player, but changed."

Losing coach Ludlow Bernard, says Tivoli must be commended for their fighting spirit.

"Well, clearly we have to correct the situation. There were players out there who did not show commitment, so we will investigate and try to come up with the right team for the next game." Bernard said.

The win pushed Tivoli to five points, while Harbour remained on six, after five sets of games.