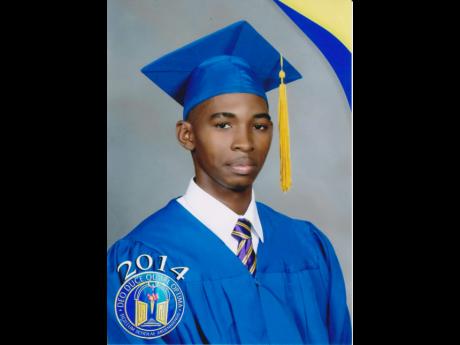 Though unable to lead lowly-ranked Ardenne High to ISSA/FLOW Manning Cup glory, goalkeeper-captain Kalvin Brown is hoping his exposure and experience gained in the competition, along with his sterling academic achievements, will open the way to a scholarship.

The 18-year-old could easily defy the stereotypes of youngsters who play sports avidly, yet achieve consistent academic excellence.

In the Caribbean Advanced Proficiency Examinations (CAPE), Brown has distinctions in communication studies and biology and credits in chemistry, French and physics.

"I hope to be a dentist in the future, but this (football) can be a way to finance my tertiary education.

"Once you are good with your school work, you are supposed to be able to make good decisions on the field and it should aid you in your sporting endeavours. They go hand in hand," he told The Gleaner.

Outside the classroom, Brown says he always strives to be rounded and disciplined.

"I go to church. My parents are pastors. At church, I am a musician. I play the piano on a Sunday and also at Ardenne, I play cricket and I do track and field.

"This institution (Ardenne), it has molded me as an all-round person physically and mentally. [Regarding] My education, I can say that I have truly benefited greatly from this institution and I would recommend this school to others it has shaped me well for the future," Brown stressed.

While the goalie's Manning Cup time has finished after four seasons, he calls this campaign his best.

"I've made more than 10 vital saves this season where spectators, players, and even the referee were sure it would be a goal. My best match to date, I would say, was against St George's College last Saturday, when we drew 1-1," he pointed out.

It was a bit different in his team's 2-2 draw with third place Innswood High last week Tuesday, as Brown concedes his mistakes cost the goals, but admits, "It's a learning experience".

"I've got some exposure due to the television matches and I am looking forward to going further in football and goalkeeping and making my name. Maybe someone from a university abroad can approach me and it can only get better from here," he added.