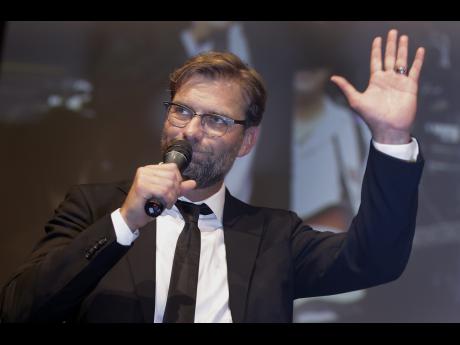 With his charm, quips, tactical insights and beaming smile, Juergen Klopp made quite an impression when he was presented as Liverpool's new manager last week.

Comparisons were made with Jose Mourinho's arrival in English football a decade ago. Liverpool fans spoke of Klopp as a saviour.

However, it will be results on the field he'll be judged on and the Klopp era at Liverpool gets off to a potentially tough start tomorrow with a trip to Tottenham, who thrashed then-leader Manchester City 4-1 in their last home game in the Premier League.

The international break has at least given Klopp some extra time to adjust to his new surroundings. He was pictured on a night out in Liverpool city centre on Friday, a few hours after his first round of interviews, and took his first training session on Tuesday with nine players who weren't involved on national-team duty, including Philippe Coutinho, Daniel Sturridge and James Milner.

The serious business begins this weekend.

How long will it take for Klopp to deliver the "full-throttle football" he is promising? Can he make Liverpool more solid at the back? What will his attack look like, with Sturridge, Christian Benteke, Roberto Firmino, Coutinho and Adam Lallana all competing for places?

Danny Ings won't be in the attacking mix, not for most of this season anyway. British media reported yesterday that the striker will be missing for six months after sustaining a cruciate knee ligament injury. Liverpool have not officially confirmed the injury.

Games will come thick and fast for Klopp over the next three weeks, on average one every three or four days across three competitions the league, the Europa League and the English League Cup. That will likely stretch his squad and give him a chance to see who is worth keeping ahead of the January transfer window, when he may reshape the team.

Liverpool are in 10th place after eight games, but only three points off the top four. Spurs are a point and two places ahead.

The international break did no favours for league leader Manchester City, with Sergio Aguero and David Silva - two of the team's star players - both getting injured on duty for their countries and set to miss tomorrow's game against Bournemouth.

Aguero was in tears as he was being carried off on stretcher playing for Argentina last week and his hamstring injury appears serious. He said he is hopeful of being back for Argentina for their November 13 game against Brazil, but that "the injury must be let to recover a bit so there is no relapse."

It gives an opportunity for fellow striker Wilfried Bony, who has struggled to make an impression at City since his January move from Swansea - scoring just two goals in 19 games.

Silva injured an ankle playing for Spain against Luxembourg.

City holds a two-point lead over Arsenal and Manchester United.

Arsenal forward Alexis Sanchez is arguably the form player in the Premier League, having scored nine goals in his last five games for club and country - including two in the stunning 3-0 win over Manchester United in the last round of the Premier League.