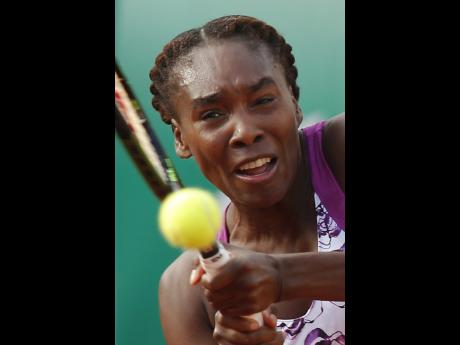 The latest claims of wrongdoing linked to football's governing body broke as suspended president Sepp Blatter went public with his fight to get his FIFA ethics case thrown out.

Blatter may have deepened the prospect of a long ban by admitting there was only a "gentleman's agreement" for the 2011 payment he authorised to UEFA president Michel Platini and which led to them both being suspended by FIFA last week after it emerged through a criminal investigation.

The investigation will now include looking into a report in news magazine Der Spiegel that Germany's 2006 World Cup bid committee established a slush fund of 10.3 million Swiss francs (then about US$6 million) to bribe four of the 24 voters.

Nadal at his best

Rafael Nadal is starting to look like his dominant former self, the player who won 14 Grand Slam titles. He's even beating the top players again.

After struggling with his confidence and consistency for much of the season, the Spanish star beat a top-five player for the first time in more than a year with a 6-2, 6-1 win over Stan Wawrinka in the quarterfinals of the Shanghai Masters yesterday.

It wasn't just a victory, but a convincing one. It was Nadal's most lopsided win over Wawrinka in 15 meetings.

Top-seeded Novak Djokovic also advanced with his 15th consecutive victory, holding off Australia's Bernard Tomic in a tight first-set tiebreaker before closing it out 7-6 (6), 6-1.

Venus Williams closed in on a spot in the season-ending WTA Finals by beating Alize Cornet 6-1, 6-1 yesterday to reach the Hong Kong Open semi-finals.

Williams will next meet Jelena Jankovic, who beat Daria Gavrilova 6-1, 6-1.

Angelique Kerber and Samantha Stosur also advanced, and will face each other in the semi-finals. Stosur beat Heather Watson 4-6, 6-3, 6-0 while Kerber defeated Caroline Garcia 7-5, 6-3.