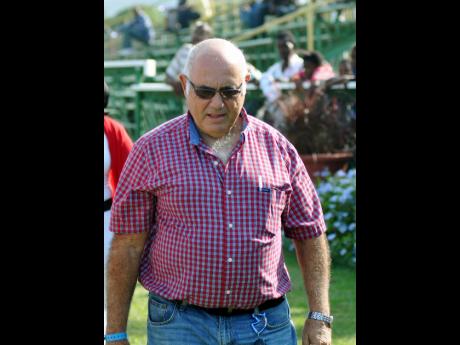 The $10.60-million Supreme Ventures Limited 2-Y-O Triple Crown series kicks off at Caymanas Park today with the 11th running of the Cash Pot 'Only One For Me' Trophy over 1200 metres for a purse of $3 million.

The series for native-bred juveniles offers a million-dollar bonus as well to the owner of the horse good enough to win all three races. The other races in the series are the $3.6-million Pick-3 Super Challenge Trophy over 1400 metres on Saturday, November 28, and the SVL Jamaica 2-Y-O Stakes over a mile on Boxing Day, this for a purse of $4 million.

Champion trainer Wayne DaCosta and Richard Azan will run five horses combined, these representing the top contenders in the line-up.

DaCosta has three strong candidates in the unbeaten FUTURE KING, DREAMLINER and VISION, who upset stable-companion DREAMLINER in the 1100 metres Keeling Memorial Cup on September 26.

All three DaCosta horses should figure seriously over this trip. FUTURE KING, in particular, has looked razor-sharp at exercise and with stable jockey Robert Halledeen securing the ride, the hint should be taken.

Azan, on the other hand, saddles the highly thought of ZUGULU along with FEDORA. ZUGULU looked the real deal on his debut over 1100 metres on October 3 when winning by four lengths with leading jockey Shane Ellis aboard.

Since then, the dark bay gelding by Hold Me Back out of Candy Girl has worked well, galloping six furlongs in a brisk 1:13.0 in preparation for this trophy and will be the one to beat today.