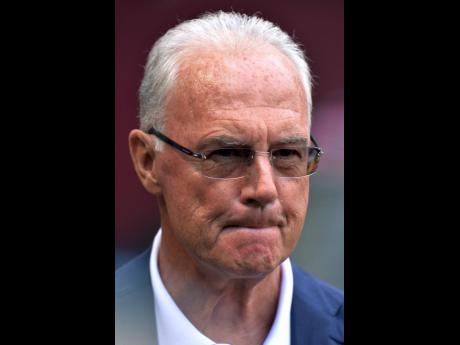 Both Beckenbauer and Villar - now serving as FIFA's No. 2 officials while president Sepp Blatter is suspended - have previously been identified by media as targets of the investigation into the bidding for the 2018 and 2022 World Cups.

With Garcia's inquiry failing to find evidence of corruption involving Russia and Qatar, it falls to a criminal investigation of suspected money laundering led by Switzerland's attorney general to ascertain whether there was any financial wrongdoing in those World Cup bidding contests. The Russian and Qatari awards have been tainted by five years of so-far-unproven allegations.

The official disclosure yesterday inflicts more damage on FIFA, which is reeling from waves of corruption allegations that led the ethics committee two weeks ago to suspend Blatter and the front-runner to succeed him as president, Michel Platini.

In a wide-ranging statement, the ethics committee said it aimed to judge Blatter and Platini during their 90-day suspensions.

Blatter is also under criminal investigation by Swiss authorities for a suspected "disloyal payment" of around US$2 million from FIFA funds in 2011 to Platini, who was also questioned. Both deny wrongdoing.

In a separate case, suspended FIFA secretary general Jerome Valcke is accused of "misuse of expenses and other infringements of FIFA's rules and regulations", the ethics committee said.