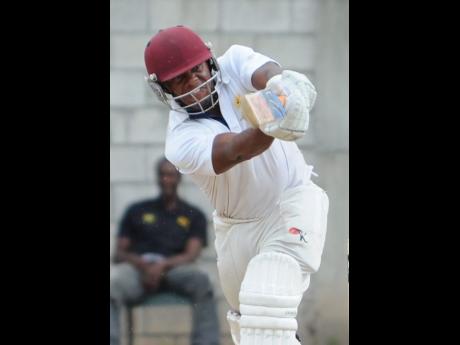 Batsman Shacaya Thomas, who is not part of the Jamaica Scorpions squad for their opening fixture away to Barbados Pride, reminded the selectors of his ability yesterday by almost scoring a hundred in the team's first and only practice match at Kensington Park. The hard-hitting opener scored 95 as David Bernard Jr XI made 234.

Thomas, regional four-day tournament second-most prolific batsman two seasons ago, and one of the most consistent batsmen throughout Jamaica's six-match trial series, was best supported by leg-spinner Damion Jacobs, who made 50, while former captain Tamar Lambert hit 34.

Paul Palmer XI, which features the core of the team's batting line-up for the Barbados clash, then closed on 42 for one. Scorpions' vice-captain, opener John Campbell, 18, and Barbadian Kirk Edwards, nine, will resume batting today.