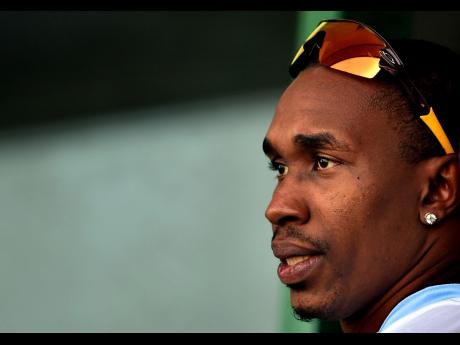 All-rounder Dwayne Bravo has defended the patient approach to his innings during Wednesday's second Twenty20 International against Sri Lanka.

The experienced right-hander, an attacking player by nature, made a measured run-a-ball 31 that contained a single six as West Indies fought their way to 162 for six after opting to bat first at the R. Premadasa Stadium.

However, Bravo said his approach had been deliberate and was what was required at that crucial stage of the innings.

"That's my role in the team, so yes, I scored at a run-a-ball, but Dilshan wasn't far off as well," Bravo explained.

"In this format, it's not all the time you can go for the big shots and try and score in excess of a 140-130-plus strike rate. The conditions dictate how I play. We got a very good start, but in the middle, we kept losing wickets, so my role became the anchor role and allow, the other players to play around me.

"It would be silly if I let the ego get the better of me and try to score at a strike rate of 130-135 because that wasn't required at that point in time."

With West Indies slumping at 97 for four in the 12th over, Bravo joined with Denesh Ramdin, who struck an unbeaten 34 from 22 balls, in a 41-run, fifth-wicket stand, which reinvigorated the innings.

Ramdin struck a four and two sixes to keep the scoreboard ticking over.

West Indies managed just 34 runs from the last five overs of the innings as pacers Lasith Malinga and Nuwan Kulasekara bowled brilliantly at the death to limit the scoring.

Nevertheless, Bravo said they were always confident of defending the total, especially after having successfully done so with a smaller total in the T20 World Cup final against the same opponents at the same venue three years ago.

"At the half-way stage, we were in a position at one point where we could have scored in excess of 175 to 180, but in this format, you have to give credit to the opposition as well. You're coming up against a team who has the best bowler in the world in this format in Malinga," Bravo pointed out.

"These things happen. It's not going to happen all the time because we have a good lower order. They will come off, so our fielding is what won us the game.

"As we said to the guys at the half-way stage, a few years ago, we scored 137 and defended it, and Sri Lanka had (Kumar) Sangakkara, they had Mahela (Jayawardene), they had a very good batting line-up."

He added: "We had that positive belief within ourselves that we could defend the runs, and it always makes your job easier as when you have AndrÈ Russell, Darren Sammy, Kieron Pollard, Jason Holder - some of the best fielders in the world - on one team.

"It's good to have a team where you have good athletes, and it makes all of our jobs easier.