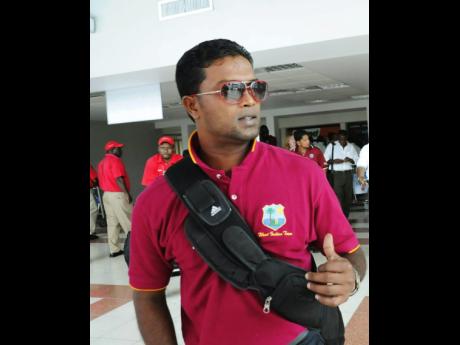 The University of the West Indies (UWI) stopped Pembroke Hall 3-1 in Division One, while Swallowfield Chapel Smashers blanked Excelsior High School 5-0 in a Division Two encounter on Saturday in the Institute of Sports (INSPORTS)/Table Tennis Jamaica (TTJ) National Club League.

In the UWI/Pembroke Hall duel, Darrell Gordon turned back Brandon Phillips 3-1 and Ryan Peters outlasted Kevin Nelson 3-2 in singles wins for UWI. Mark Phillips and Gordon crushed Nelson and Phillips 3-0 in doubles for UWI's third triumph, while Glen-Ross McDonald overcame Gordon 3-0 to pull one back for Pembroke Hall.

Trinidad and Tobago Red Force escaped with a draw as little fireworks materialised on the final day of their second-round game of the Regional First Class Championship against Barbados Pride here on Monday. Set 298 for victory, the visitors finished on 182 for four at Kensington Oval, to walk away with six points from an encounter in which they always trailed and at no point ever threatened the hosts.

Left-handed opener Evin Lewis struck a top score of 41, Narsingh Deonarine got 38, while Yannic Cariah chipped in with 37 not out.

Leeward Islands Hurricanes crashed to their second straight innings defeat of the Regional First Class Championship, when they went down by an innings and 30 runs to defending champions Guyana Jaguars here on Monday. Starting the final day of the second-round encounter on 215 for three and with an uphill battle to save the game, Hurricanes were dismissed for 299 about 20 minutes before lunch to concede defeat at the National Stadium at Providence.

Only last week in St Kitts, Hurricanes were hammered by an innings and 23 runs by Trinidad and Tobago Red Force, inside three days at Warner Park.