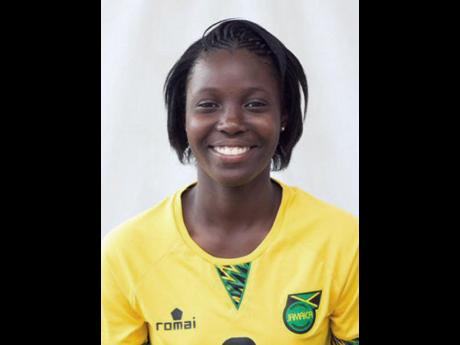 Under-17 female football team captain, Rachel Walters, says with minor improvements, this national squad has the potential to qualify for the World Cup Finals in Jordan next year.

The young Reggae Girlz beat Haiti 2-1 to lift the Caribbean Football Union (CFU) Under-17 Women's Championship in Haiti recently, and Walters, one of

the team's standout players at the tournament, says this group knows what is at stake and she wants to be the first captain to lead the country into a FIFA women's championship.

"I am very confident in this set of players. We know what is at stake and what we can do to make it to the World Cup," she told The Gleaner upon the team's arrival at the Norman Manley International Airport yesterday.

"We need to improve both our defensive and attacking, but we have more overseas players coming in and I think the team will be better. Plus we will have more camps, and that will help with the chemistry, and when we have chemistry we play better," Walters stated.

The 17-year-old St Jago High School student who plays in defence said the team had to fight hard for success in Haiti and believes she played her role in motivating her team as captain.

"I feel very elated; the team went out strong believing in ourselves and that we could do the job. The final was very competitive, but we got an early goal and we dug deep to come out victorious," said Walters.

"I thought I did a fairly good job as captain. I went out knowing what we had at stake and I had to stay focused and motivate my teammates and ensure that the job was done.

"I really believe the team can reach the World Cup, and I would love to be the captain who does it," she added.