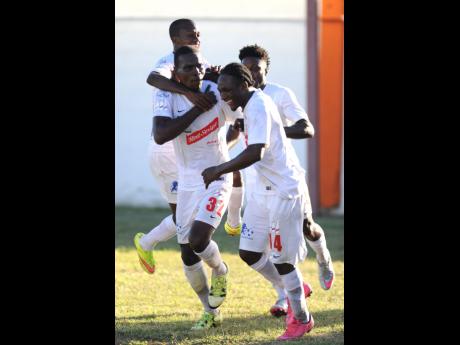 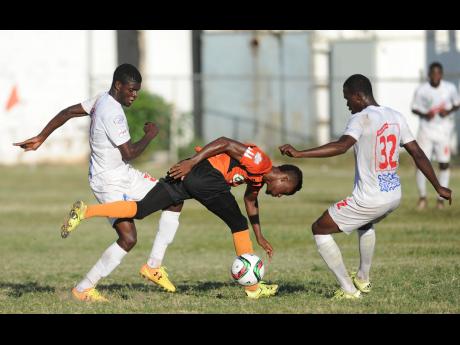 The University of the West Indies (UWI) continued their impressive run in the Red Stripe Premier League with a 1-0 win against ten-man Tivoli Gardens FC at Edward Seaga Stadium yesterday.

Girvon Brown netted for UWI in the 82nd minute, three minutes before Tivoli Gardens were reduced to ten players, when Rodico Wellington was shown a red card by referee Kevin Morrison.

Tivoli started the game with hard running and good passes but failed to get past goalkeeper Amal Knight, who made some wonderful saves.

Knight gave away a penalty in the first half when he fouled Tivoli's Javanie Mitchell inside the area. The goalkeeper would, however, redeem himself, diving to his right to block Junior Flemmings' effort from the spot.

UWI picked up the pace, and the introduction of Keammar Daley and Anthony Grant in the second half certainly lifted their play. Both players immediately got involved and were influential with some incisive passing and skill on the ball.

In the closing moments, Brown found the winning goal to push his tally to eight goals so far for the season.

UWI's assistant coach, Andrew Peart, praised his team for the win that pushed them onto 30 points in the league.

"It was not only the players that came off the bench, but the entire team performed very well today (yesterday)," Peart told The Gleaner.

"We made some adjustments from the first time we played Tivoli. They try to kick the ball long from the back, so we put some pressure on them, and it worked," he reasoned.

Although UWI are picking up the points in their first season, Peart says the first aim is to be safe. He predicted that two more wins from 11 games to be played in the preliminary round would make the team stay up.

"Well, our first objective is to stay in the league, and mathematically, when we are safe, we can re-adjust our ambition. The semi-finals is a possibility, but we are not looking at that right now. Maybe another two more wins and we are safe for the next season," Peart added.

"Well, unfortunately, we lost by a simple goal. We got our chances and did not make any use, and UWI got one chance and won the game. Congratulations to UWI," manager of Tivoli Brian Rose said.

"Right now we are in a very desperate situation, so we have to dust ourselves off and come back," he said.

Rose confirmed that Bender was asked to resign.

"When a team is not getting the desired results, the first person you look at is the coach. He was asked to resign," Rose informed.