Usain Bolt looks down the track as Yohan Blake (in background) falls in disappointment.

Jamaica suffered a major disaster in the final men's 4x100m relay after sprint superstar Usain Bolt pulled up on the anchor leg and failed to finish at the IAAF World Championships in London today.

The Jamaicans were led off by World Championships 110m hurdles champion Omar McLeod to Julian Forte to Yohan Blake.

They were in contention  for medal when Bolt pulled up in the home stretch holding onto the thigh as he failed to finish and fell to the ground grimacing.

The 30-year-old Bolt is scheduled to retire after this championships. 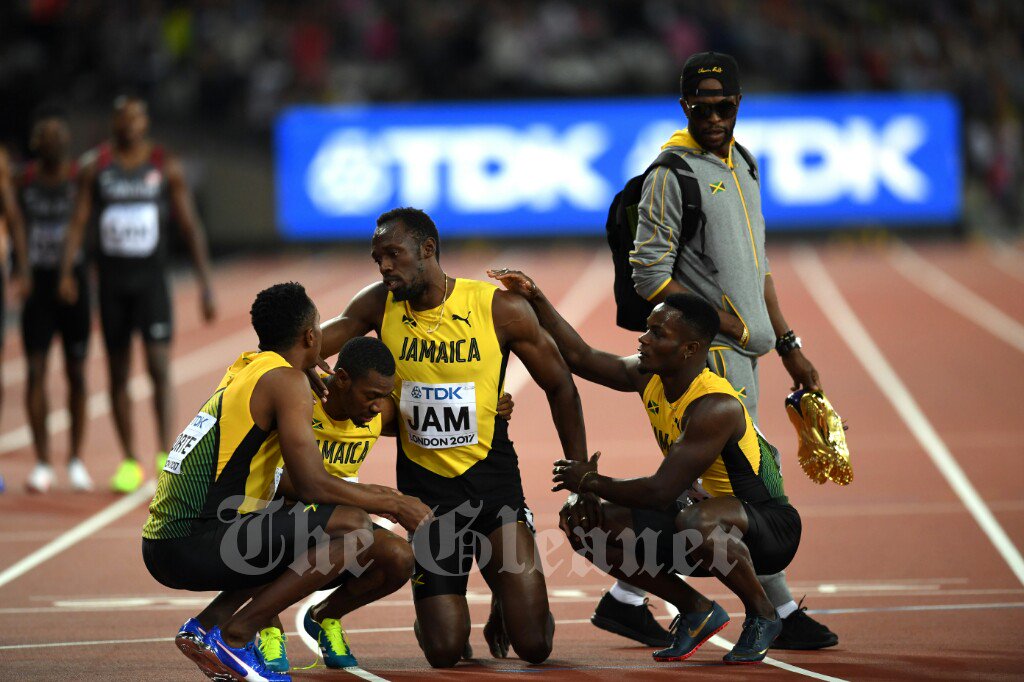 The race was won by Great Britain in a world leading 37,47.

Speaking with TVJ's Spencer Darlington, the Jamaicans complained about the long period they were held in the call room before the race. 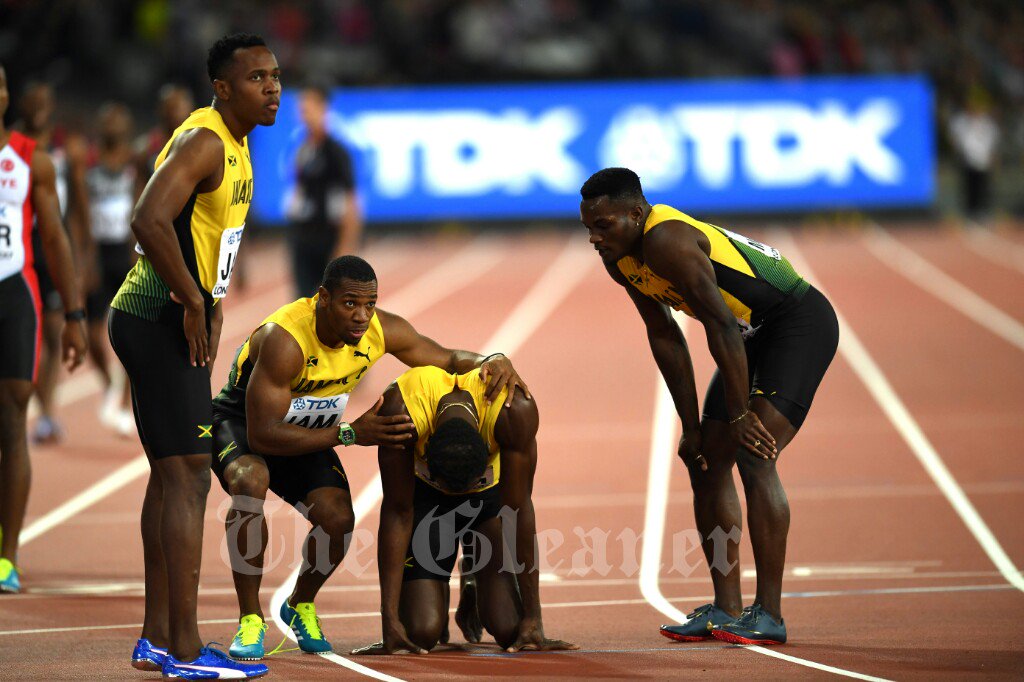 Blake said while waiting, Bolt complained that he never liked that wait.

"To see him go down like that, the legend, it's really hard," Blake said.

McLeod broke down in tears as he sought to retrace the race.

He said he expected a golden send off for Bolt and so he gave his best on the starting leg.

The athletes said Bolt has said sorry for the disappointment, but they have sought to assure him that it is OK.