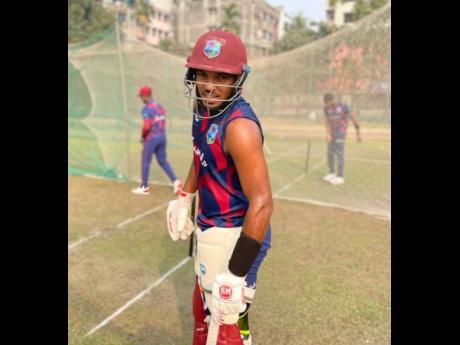 Walsh, a Leeward Islands leg-spinner, who is asymptomatic, first returned a negative test result on arrival in Bangladesh on Sunday, and then had a positive return on his test in Dhaka on Wednesday. This result was verified by a second positive test on Thursday.

Ambris, who was apologetic about Walsh’s situation, said there was some concern within the camp initially, however, all fears have since been allayed.

“It’s a very sad situation when I heard about it, and I was scared,” Ambris said. “Personally, that is out of my mind now and we just have to think ahead and try and stay safe and be positive.”

The Windies touring squad has been in individual isolation since arriving in Bangladesh, and there has been no contact between squad members since arrival.

In accordance with the established medical protocols, Walsh remained isolated from the West Indies squad and is now under the care and supervision of team physician, Dr Praimanand Singh.

WALSH OUT FOR BANGLADESH

Walsh will remain in isolation until he returns two negative test results and, therefore, is unavailable to play in the upcoming three-match ODI series against Bangladesh.

All other members of the West Indies touring squad returned second negative COVID-19 tests, after undergoing four tests within the last 11 days.

Cricket West Indies’ management team says there are no plans to draft in a replacement player at this time.

Ambris, who will be playing in his 14th ODI next week, said he will be grabbing the opportunity with both hands.

“I think this is actually the first tour that I am confident I will be starting,” he said. “I would like to use this tour to cement myself in the playing eleven for other tours”.

The last time Ambris batted for the West Indies against Bangladesh, he scored an unbeaten 69 in Dublin in 2019. The right-hander is, however, urging the young players to adopt that same positive approach in the upcoming three games in Dhaka and Chattogram.

“I think it is important for the guys to stick to what they know. A lot of the guys are new to international cricket, but I urge them to try not to think too much about it,” he said. “It’s the same cricket, just play hard and smart ,and I think we will be okay.”