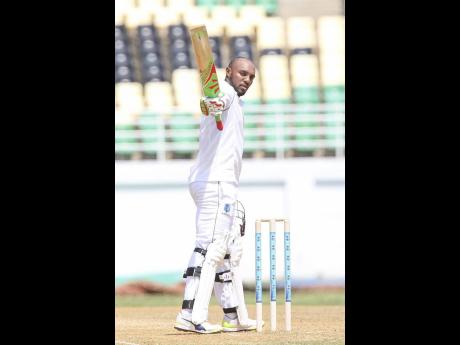 Selectors have placed an emphasis on youth in a 15-man Windward Islands Volcanoes squad for next month’s Super50 Cup in Antigua.

Eight players aged 25 and under have been picked for the February 7-27 campaign, with veterans Kirk Edwards, Shane Shillingford and Devon Smith all missing.

A statement from Windward Islands Cricket said the 39-year-old Smith has joined the Volcanoes management staff as batting coach.

Batsman Sunil Ambris, who serves as West Indies vice-captain on the three-match one-day tour of Bangladesh which ended Monday, will return to lead the squad.

He will have as his deputy West Indies white ball specialist, Andre Fletcher, who last featured in the Super50 three years ago.

Fletcher, leg-spinner Kerron Cottoy and Barbadian journeyman all-rounder, Kevin Stoute, are the only players in the squad over age 28.

The 35-year-old Stoute, a former Barbados Pride captain, has also not played in the Super50 since the 2018 edition.

Volcanoes will rely on their youthful talent if they are repeat their success of 2018 when they beat Pride in the final at Coolidge Cricket Ground in Antigua.

Kimani Melius, 20, and fellow batsman Emmanuel Stewart, 21, both former West Indies Under-19 captains, have secured their spots along with 22-year-old strokemaker Alick Athanaze, who was the hero of the 2018 final as a teenager.

Volcanoes take on Leeward Islands Hurricanes in the tournament opener at Coolidge Cricket Ground on February 7.