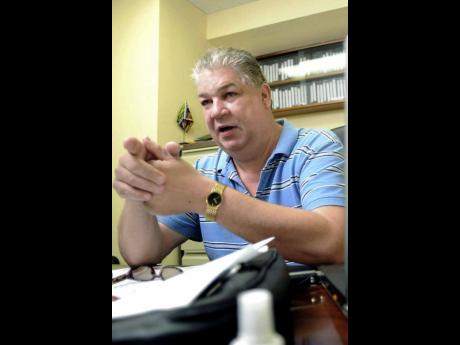 In the aftermath of racing administrator Christopher Armond’s recent retirement, another long-standing Caymanas Park player, security contractor Jason McKay, head of the racetrack’s security detail, McKay Security, has heaped praises on the stalwart’s role in working with his firm to preserve the integrity of the sport and protection of its professionals.

“If it wasn’t for Chris Armond and, to an extent, Danny Melville, we would never have ended up at Caymanas Park,” McKay reminisced on the more than three decades his company has served at the racetrack, first working with Armond to battle illegal bookmakers and, in later years, extortion attempts, which resulted in the murder of a member of his security team in 2005.

“I went there in my 20s, when McKay Security was a very small firm. Due to Armond, Caymanas Park was basically what made the difference in the growth of the firm, which continues to operate as security contractor with the transition from government to divestment under Supreme Ventures Racing and Entertainment Limited (SVREL),” he added.

Recalling the tumultuous period in which McKay Security arrived at Caymanas Park after catching the eye of then Tourism Product Development Company Limited Chairman Danny Melville, while overseeing squatter-prevention activities on the north coast, McKay said Armond was key in having the heads of the various professional associations, grooms’ leader, Fabian White, and Jamaica Racehorse Trainers Association boss, Vincent Edwards, pull together for the betterment of racing.

“We first had a brief tenure in 1994 before returning [in] January 1996, when Armond, working with White, Edwards and other associations, ensured the domestic political issues at the track were put aside, instead concentrating on the quality of our service, which has transcended many boards and now two promoting companies,” McKay pointed out.

Celebrating his firm’s fourth year working with SVREL, which honoured Armond on his retirement, naming a race for the second-generation racing administrator, McKay said the promoting company could not have had a better man leading its charge for the first four years.

Armond retired in December after over 40 years’ involvement with racing in Jamaica and the Caribbean, last serving as director of racing for four years at SVREL.

“SVREL knew they needed someone with a rich racing history and Armond was the man. If it wasn’t for SVREL rescuing the track in 2017, bringing back Armond, there would be no track there for anybody, for that we are extremely grateful,” he pointed out.