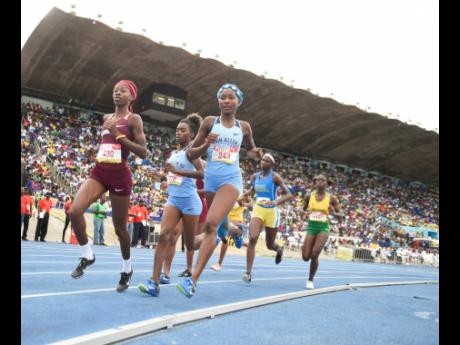 After a return to competitive action a week ago, high-school athletes will today step up their preparation for this year’s ISSA/GraceKennedy Boys’ and Girls’ Athletics Championships, as the second in the series of three Jamaica Athletics Administrative Association (JAAA) Qualifying Trial meets will be held across four venues.

With Kirkvine being cancelled for the second week in a row, athletes will test their readiness at G. C. Foster College of Physical Education and Sports, Jamaica College (JC), Stadium East and the National Stadium.

As is the new norm, the schedule will be divided into two sessions at all venues, starting at 8:30 a.m with females taking the track, except for the Jamaica College meet, where male athletes will be in action first.

After getting the green light from the Government to resume competition, the JAAA has made it clear that they will be taking no chances in ensuring that athletes, coaches and team officials stick to the various COVID-19 protocols. This point was made through a mid-week memo sent to the various schools.

Today’s competition is expected to get a bit more intense, based on the entries of teams at the various venues, with top female outfits, Edwin Allen, Hydel, Holmwood and St Jago set to clash inside the National Stadium.

Kingston College (KC) will be sending athletes to all venues this week as they look to change gears in their run-in to their Champs title defence, while contenders Jamaica College and Calabar have promised to turn up in large numbers at JC’s Ashenheim Stadium on Old Hope Road.

Following good all-round performances last weekend, the Neil Harrison-coached JC team will be hoping to continue that trend and send another strong message to rivals KC, ahead of Champs 2021.