Put the ‘hip’ back into the ‘strip’ 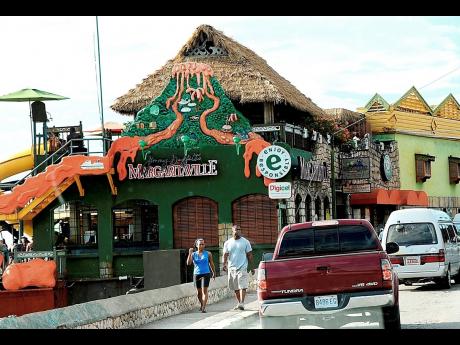 When Edmund Bartlett, the former minister of tourism, signed two contracts worth J$95 million, in 2007, to do upgrading work on Glouster Avenue, Montego Bay, many felt it was the help required to put the 'hip' back into the declining 'strip'.

The 'Hip Strip,' which was created around the concept of offering visitors to Montego Bay the ultimate in round-the-clock activities, inclusive of lavish eateries, trendy sports bars and music-laced night spots, has seemingly lost its sparkle in recent years and is struggling to reclaim its original mandate.

"The plan is to give the area a distinctive look, which visitors will find appealing," Bartlett stated while unveiling the 2007 plan.

"The plan is for the economic restructuring of the Hip Strip as it is our aim to develop a sustainable strategy to properly market our tourist attractions."

While many additional plans have rolled off the drawing board since, the 'Hip strip' is yet to re-capture its glory days, which spawned an infectious nightlife which was second to none in terms of its rollicking excitement.

Gone are the days when facilities and as Coral Cliff Gaming Lounge, Margaritaville, Aqua Sol Theme Park and Blue Beat which were all in close proximity to once-vibrant Breezes Montego Bay Hotel - now closed - collectively transformed the area into a place of delectable street-side cuisine and friendly natives ready to offer a good time.

For many stakeholders in the western city, the decline of the 'hip strip' is primarily to be blamed on the closure of several hotels and the all-inclusive concept, which encourage visitors to stay in their resorts.

Last year, hotelier Josef Forstmayr, in his capacity as chairman of the Caribbean Hotel and Tourism Association (CHTA), made an impassioned plea for the reopening of some 1,200 hotel rooms on the 'Hip Strip.'

"I really believe that we need to do better, and we need to force whatever institutions that own these properties (hotels) to find investors to put them back into operation," said Forstmayr, speaking to the negative impact the closure of the hotels was having on tourism and the strip's potential for growth

Whereas official voices in tourism have been making numerous bold announcements about plans to re-energise the 'hip strip,' experienced hotelier Godfrey Dyer said things are unlikely to change unless the hotels closed are re-opened.

"The main reason for the decline is the number of hotels that have been closed on the strip," Dyer told The Gleaner in a recent interview.

"Until we are able to get these hotels reopened, we don't see the possibility of better business on the hip strip."