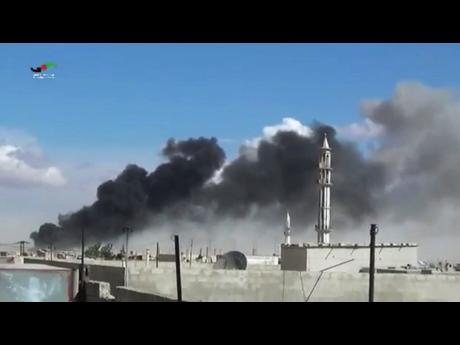 AP
In this image made from video provided by Homs Media Centre, which has been verified and is consistent with other AP reporting, smoke rises after airstrikes by military jets in Talbiseh of the Homs province, western Syria, yesterday. 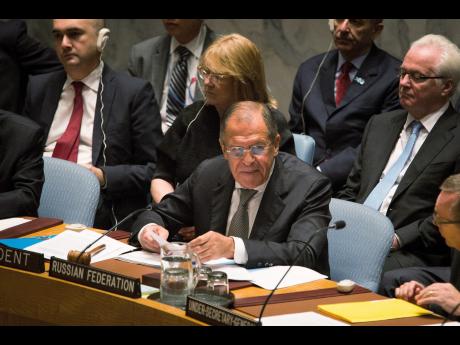 Russia followed its launch of air strikes in Syria with a call yesterday for the world to unite in the fight against terrorist groups. Foreign Minister Sergey Lavrov told foreign ministers of world powers, that his country was circulating a draft UN Security Council resolution to help make it happen.

And Syrian Foreign Minister Walid al-Moallem told the council that his country strongly endorses Russia's latest moves and called French and other air strikes in Syria that aren't coordinated with his government a "blatant contravention" of international law.

Russia spoke a day after President Barack Obama made his own pitch on countering the threat of the Islamic State and other groups to a gathering of world leaders at the United Nations.

With Obama gone yesterday, it was the turn of Russia, which this month holds the presidency of the Security Council, the UN's most powerful body.