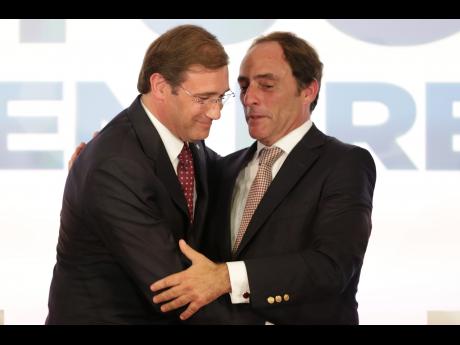 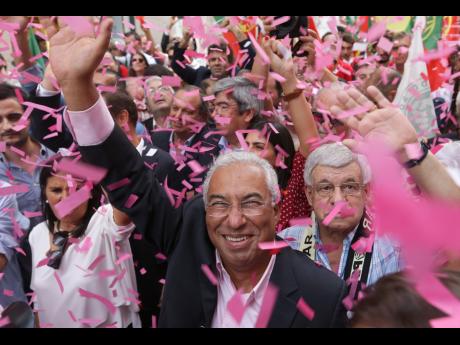 AP
Antonio Costa, leader of the Portuguese Socialist Party, waves while being showered with confetti during an election campaign march through downtown Lisbon.
1
2

Stormy political times likely lay ahead for Portugal after a general election delivered a minority government.

Minority governments struggle to survive in the bickering atmosphere of Portuguese politics, and only one has ever completed its four-year term. Their average life span is 14 months.

of an improving economy. The Social Democratic Party and junior Popular Party collected almost 37 per cent and 99 seats in parliament, with four seats from votes abroad still to be allocated.

But the coalition will be outnumbered by left-of-centre parties in the 230-seat parliament where, it is shy of a 116-seat outright majority. That means its planned financial austerity measures, including more pension cuts, and economic reforms risk being blocked.

With Portugal still recovering from its €78 billion ($88 billion) bailout in 2011, the uncertainty could consign the country to a period of political paralysis and spell another bout of market jitters over the debt-heavy eurozone country.

"The challenge begins now," daily paper Diario de Noticias wrote in an editorial yesterday. Another paper, Publico, said the ballot "left the country in an impasse".

Jeroen Dijsselbloem, the eurozone's top official, confessed he found the election outcome "ambiguous" and noted that "democracy ... doesn't always bring stability." He cautioned that Portuguese leaders must still address the country's frail economy, whoever is in charge.