Study: Ebola in male survivors can survive up to 9 months 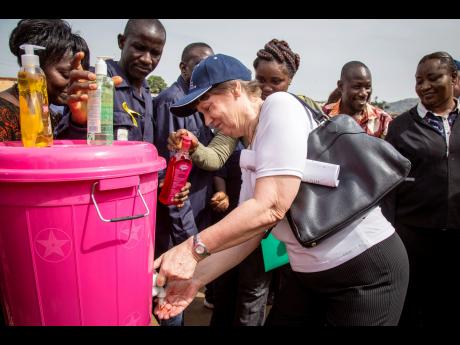 Doctors have found that Ebola can linger in some male survivors for up to nine months but aren't sure if that means they might still be infectious, according to new research.

In a study of 93 men in Sierra Leone, scientists found the Ebola virus in semen samples from about half of them. The risk seemed to decline over time. Ebola was detected in all nine men tested at two to three months after their illness began but in only 11 of the 43 survivors tested at seven to nine months.

Researchers aren't sure why Ebola remains in semen as opposed to other bodily fluids and don't know if the lingering virus might sicken others.

"We think there is a potential risk of exposure but we cannot determine that with 100 percent certainty right now," said Dr. Nathalie Broutet, an expert in sexually transmitted diseases at the World Health Organization and one of the study's authors. The paper was published online Wednesday in the New England Journal of Medicine.

WHO said previous studies showed the virus could survive in semen for about three months, though it noted one case where it remained for about six months. The UN health agency has said the sexual transmission of Ebola from men to women is "a strong possibility" even though the disease is mainly spread by direct contact with other bodily fluids like blood.