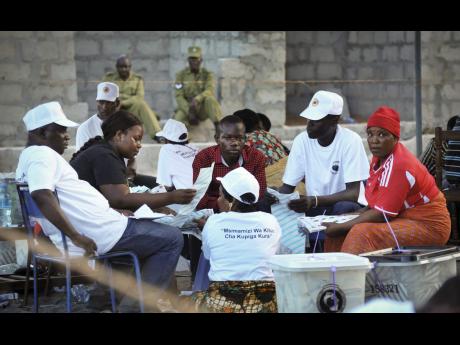 AP
Officials from the electoral commission, watched by representatives of political parties, start the vote-counting process at a polling station in the Temeke district of Dar es Salaam, Tanzania. 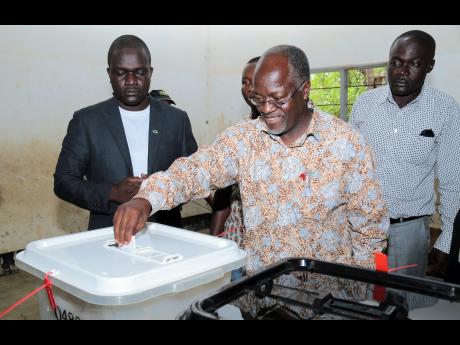 Five Cabinet members from Tanzania's ruling party have lost their parliamentary seats, according to partial results released yesterday by the country's election commission.

They lost to candidates representing an opposition alliance of four parties including Chadema, the main opposition party.

Results for the presidential election are trickling in and full results are expected tomorrow. Tensions are rising between rival supporters on Tanzania's mainland and on the semi-autonomous island archipelago of Zanzibar, which also voted Sunday.

The voting was largely peaceful but there are concerns that a close final result may spark violence.