Many in Haiti suspect fraud in recent election, poll finds 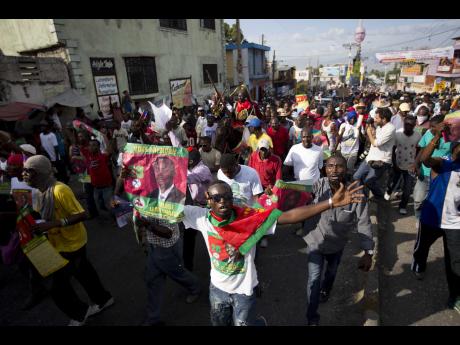 AP
A protester holds a campaign poster of presidential candidate Moise Jean Charles during a protest against the results of October 25 elections, in Port-au-Prince, Haiti.

A poll by an independent research group has found deep public suspicion of the first round of the presidential election in Haiti, a finding that is likely to fuel calls by opposition parties for a recount of the disputed results.

Teams of researchers with the Brazil-based Igarape Institute conducted exit polls on the day of the October 25 election and followed up with the same voters again after preliminary results were announced on November 5. They found that public confidence in the process had plummeted between the two dates, according to an analysis.

The poll also came up with a curious result when voters were asked who they voted for among the 54 names on the ballot. Just over six percent said they voted for government-backed candidate Jovenel Moise, placing him fourth. But preliminary results announced on November 5 said he came in first with nearly 33 percent of the votes, putting him in a run-off with second-place finisher Jude Celestin.