US woman accused in scam to obtain crime victim visas 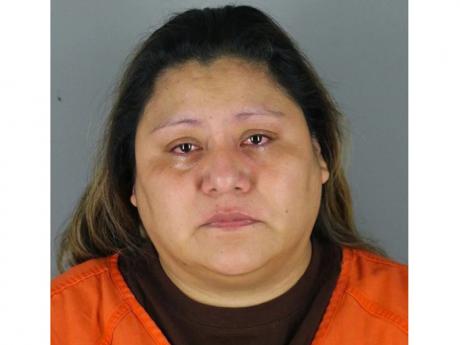 MINNEAPOLIS (AP) — A Minnesota woman swindled money from four people in a scam aimed at getting visas for crime victims who help police that involved cutting them, according to criminal charges filed against her.

Yuridia Hernandez Linares, 36, of Eden Prairie, used a box cutter or sharp object to cut the four, who then filed false police reports claiming they were injured during armed robberies, according to prosecutors.

The four told police they paid Hernandez Linares a total of $5,000 and worked with her to file the false reports in order to get a so-called U visa, which are given to victims of certain crimes who have suffered mental or physical abuse and have been helpful to law enforcement, the Star Tribune reported.

Hernandez Linares is charged in Hennepin County District Court with one count of felony theft by swindle.

She was jailed in Hennepin County. Her public defender did not immediately return a call for comment.

The victims told police “they were afraid of Defendant and immigration,” the criminal complaint said.

“Defendant had told them that if they told anyone, they would all go to jail.” The complaint said the four were Latinos who didn’t have documents required for legal US residence.