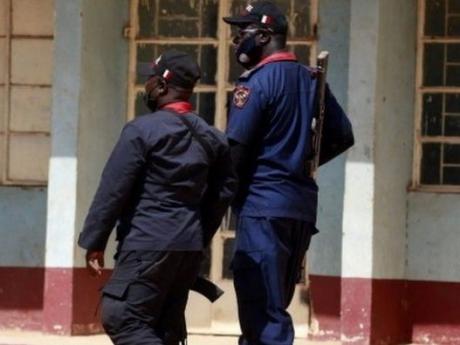 The gunmen, thought to be bandits, shot dead one student during the incident early Wednesday at the Government Science College, Kagara.

ABUJA, Nigeria (AP) — Gunmen have attacked a school in Nigeria’s north-central Niger State, killing at least one student and abducting more than 40 people including students and teachers, according to an official, teacher, and a prefect.

The gunmen, thought to be bandits, shot dead one student during the incident early Wednesday at the Government Science College, Kagara.

Local reports said about 26 students and 16 staff and family members were abducted, while authorities were trying to get exact numbers.

The gunmen chased the students across the school and shot one of them in the head as he tried to escape, the school’s head prefect, Awal Abdulrahman, said.

“They attacked the first two houses (hostels) by the wall … They entered the house and chased students who tried to escape … They followed us shooting and in the process shot one of us in the head,” he said.

A teacher at the school, Aliyu Isah, said the gunmen entered the school premises at about 1:30 a.m. dressed in military camouflage and forced him to lead them to the students’ sleeping quarters where he and some students were tied up in pairs.

“They put me in front to lead them to the school hostel ... They told the students not to worry, that they were soldiers,” he said, adding that some wore camouflage, army uniforms, and one wore a black coat.

“They gathered all the students outside but some ran into the bush,” he said.

“I was thinking I would not be able to escape but luckily enough, Allah gave me a way to escape from them and I assisted the students that we were tied together ... I ran toward the football field and they started shooting.”

In response to the attack, Niger state governor Abubakar Sani Bello closed the state’s schools and called on President Muhammadu Buhari for assistance to improve security.

Buhari said he’d received reports of the attack, adding that the number of those abducted or attacked was not yet known.