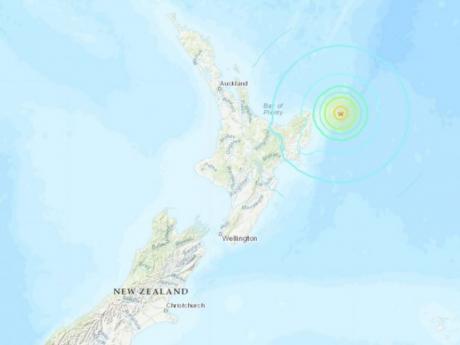 There were no immediate reports of serious damage or casualties.

There were no immediate reports of serious damage or casualties.

New Zealand’s National Emergency Management Agency warned of a tsunami threat along the east of the country’s North Island following the magnitude 7.3 quake.

The US Tsunami Warning System predicted waves of one to three point three feet but later said the threat had passed.

The US Geological Survey said the quake was centred at a depth of 13 miles under the ocean about 108 miles northeast of the city of Gisborne.

Residents of Gisborne reported light to moderate shaking, it said.

A magnitude 6.3 quake hit the city of Christchurch in 2011, killing 185 people and destroying much of its downtown.