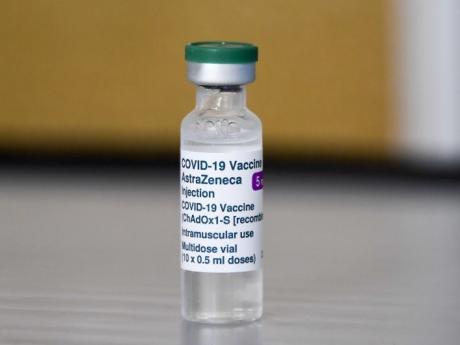 In this Sunday, March 21, 2021 file photo, a vial of the AstraZeneca COVID-19 vaccine at the Guru Nanak Gurdwara Sikh temple, on the day the first Vaisakhi Vaccine Clinic is launched, in Luton, England. A top official at the European Medicines Agency says there's a causal link between the AstraZeneca coronavirus vaccine and rare cases of blood clots, but he says the benefits of getting the vaccine still outweigh the risks, it was reported on Tuesday, April 6, 2021. (AP Photo/Alberto Pezzali, File)

LONDON (AP) — The European Union’s drug regulator says it has found a “possible link” between the AstraZeneca coronavirus vaccine and a rare blood clotting disorder but said that the benefits of the shot still outweigh risks.

In a statement released Wednesday, the European Medicines Agency placed no new restrictions on using the vaccine in people 18 and over.

The EMA said most of the cases reported have occurred in women under 60 within two weeks of vaccination.

The agency said based on the currently available evidence, it was not able to identify specific risk factors.

Experts reviewed several dozen cases that came mainly from Europe and the United Kingdom, where around 25 million people have received the AstraZeneca vaccine.

“The reported cases of unusual blood clotting following vaccination with the AstraZeneca vaccine should be listed as possible side effects of the vaccine,” said Emer Cooke, the agency’s executive director.