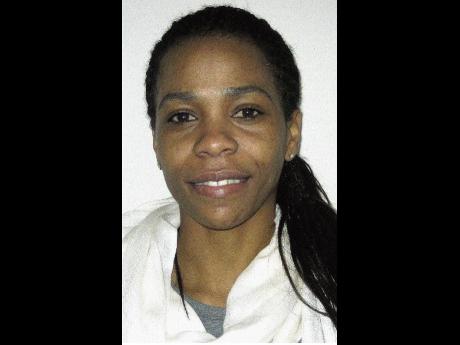 Who would have thought that a little girl from Darliston in Westmoreland would turn out to be a First World scientist who may have discovered a new way to repair damaged nerves?

Now living in Canada, Jamaican-born Dr Patrice Smith and her colleagues at Harvard have discovered a way to repair damaged nerves by allowing the adult brain to respond to repair signals that are induced after injury. Dr Smith explained to Flair in an email interview, that as we get older, we lose the ability to repair damage to the brain and spinal cord, because our nervous system is actively preventing the immune system from sending out repair messages. If we get a cold, for example, the immune system kicks in and helps with our recovery. However, if our brain or spinal cord is damaged, this repair message is blocked. What they have discovered is that this mechanism is blocked by a molecule called SOCS3.

"In the absence of SOCS3, the damaged nerves were able to regenerate themselves in an adult. My hope is that the research will help people who suffer from brain and spinal-cord injuries by helping to repair the injuries they may have received in an accident, or just through the natural ageing process," said Dr Smith.

She said she has always been interested in how things work. As a child she was very good at taking apart small appliances and seeing whether she could put them back together.

Her interest in how the brain works began when she migrated to Canada, and took up a summer research job in a neuroscience lab at the University of Ottawa, Canada.

Dr Smith grew up with her grandparents because her mother, Elaine, was just 18 years old when she was born and had to move to Kingston to find work. Her mother later got married and migrated to Canada. Dr Smith joined her after completing her studies at Mannings High school in 1995 at the age of 18.

Her CXC results were not recognised in Canada, so she had to repeat her final year in a Canadian high school. She excelled and obtained a scholarship to attend the University of Ottawa. She received the highest average in her graduating year and was awarded a medal by the Ottawa-Carleton education school board. "I felt that my Jamaican education provided a strong framework for this," she told Flair.

After completing her doctorate in 2005, she received a scholarship from the Canadian Institutes of Health Research (CIHR) to attend Harvard University, which was where she began her current research. The research took about two years to complete. "I am currently working on extending this research in my own lab back in Canada to look at ways of functionally repairing damaged nerves, following spinal cord and brain injury."

Dr Smith is currently making waves in the scientific world in Canada, but it is hard work that has put her where she is today. She explained that when she first moved to Canada, it was difficult to adapt to the weather, especially the snow. But she notes that she was fortunate to have met and interacted with some wonderful people throughout her career, who have helped her along the way.

Her field is a male-dominated one, but she has persons around her who are generally "accepting" of a female scientist, although she says she has become used to being the only black female (sometimes the only black person) in her circle.

"And I am still not used to being called 'Dr Smith'."

Although her job is challenging, she considers herself blessed to be able to do what she loves as a career. The added incentive is that what she is doing will someday help persons suffering from brain and spinal-cord injuries.

Dr Smith told Flair that in 2008 she married her best friend, Ryan, who has been her biggest fan and most avid supporter. "I am truly blessed that we found each other (we met in Canada). Ryan was the one who actually encouraged me to go to Harvard."

She is currently heading up a medical research lab in Canada, and will continue her research into ways to promote health and well-being.