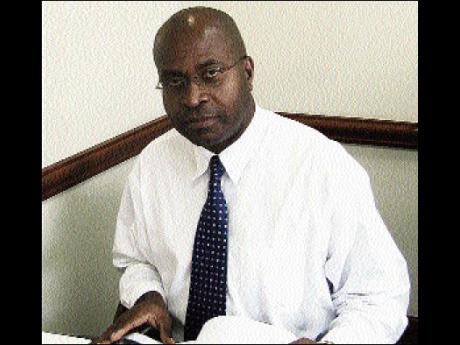 Continuing to bleed from stalled lending to a slowed construction sector, coupled with the stranglehold of a mountain of bad debt, the Jamaica Mortgage Bank (JMB) is set to restart its programme of buying mortgages to provide an additional income stream. But ramping up revenue aside, the government-owned housing financier, which, for a while, has been out of the secondary market, where mortgages are bought and sold, is looking to kick-start in Jamaica the business of buying and selling mortgages in an effort to provide more liquidity for new home loans.

Suffering this year from another loss, the size of which the bank has not yet disclosed, following a mere $2.1 million profit last year and a $152.3 million loss in 2007, the JMB is on the hunt for new revenue streams even as it pursues market liquidity enhancement, which it has identified as one of its core functions.

"Our main thrust is the secondary mortgage market. We have put in the operational legal framework and we got approval from the board to restart the programme," JMB general manager Patrick Thelwell told Wednesday Business.

Housing finance houses such as the JMB often buy mortgages from primary lenders such as banks, and building societies and repackage them as mortgage-backed securities for sale to institutional investors such as pension funds. The buying and selling of mortgages provides primarily lenders with cash to pump into new loans.

Thelwell is asserting that a secondary mortgage market is critical for an efficient mortgage market in Jamaica by making the primary market more competitive. With primary lenders having more liquidity and more players involved, he said, mortgages should be available at competitive rates to a wide range of borrowers.

While maintaining that the government has to drive the secondary market in the face of little interest from risk-averse private players, Thelwell said the mortgage bank still had "some kinks to iron out" before bringing more primary lenders on its books.

With total investments of $930 million, the JMB now has 11 mortgages valued at $224 million on its books. The new secondary market thrust for the buying and reselling of mortgages, the JMB general manager said differs from past approaches, where the JMB bought mortgages and kept them on their books.

While the secondary mortgage market is not likely to significantly impact the bank's revenue for 2010-2011, the JMB is looking to aggressively drive that buying of loans and their resale as mortgage-backed securities, cautious, Thelwell said, about poorly written mortgages.

"The fundamental risk in mortgage is underwriting. Therefore, we want to make sure that mortgages are properly written, in an effort to ensure that the credit risk stays with the institutions that write the mortgages, and we just sell through with the cash flows rather than passing on the risk to investors."

Stimulation of the secondary mortgage market and creating more funds for new mortgages is, for the JMB head, among the main functions distinguishing the bank from other state housing institutions such as the National Housing Trust (NHT) and the Housing Agency of Jamaica.

Unlike the NHT, the JMB finances construction of homes for a middle income niche market which can afford houses valued above $15 million with higher mortgage rates.

"The NHT will finance for significantly less than we can. They are not very interested in the larger ones (mortgages). We fill a niche in the market place," Thelwell said.

In addition to housing development financing and the buying and selling of mortgages, part of the JMB's mandate is insuring mortgages under the government's mortgage indemnity fund, which it manages.

Mortgage indemnity allows a mortgage-granting institution to lend above its legal or prudential level by insuring loans above that limit.

While the JMB can insure an entire mortgage, Thelwell said only partial insurance is now done, out of caution.

The JMB has about $1 billion worth of mortgage indemnity business on its books.

Three years into the job, Thelwell is driving a restructuring exercise now underway at the JMB to boost revenues and rein in bad debts, estimated at more than $500 million or 28 per cent of its $1.89 billion loan portfolio.

Already the bank has culled staff, a measure, the general manager said was designed to create space for new skills rather than to save money.

Going forward, he noted, the JMB is looking to return to profitability in the shortest possible time, but its viability will remain pegged to certain government concessions and incentives.

Already, tax-free status on its shelter bonds allows the JMB to attract about $1 billion in funding each year to finance housing development lending. It is now in the market to sell another $1 billion of these bonds by June next year.